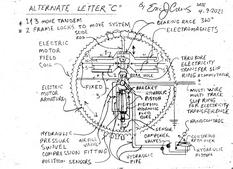 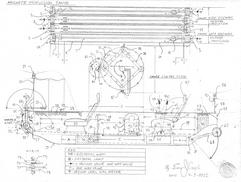 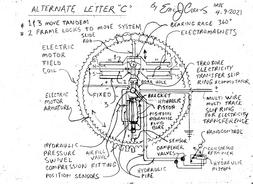 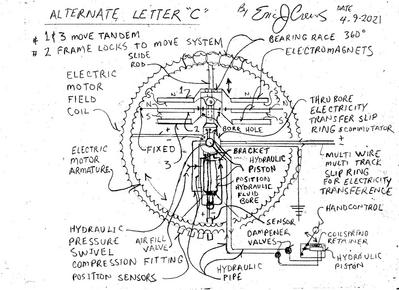 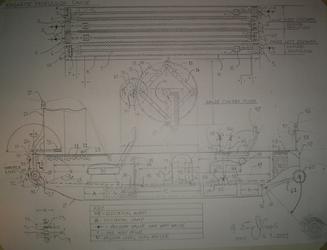 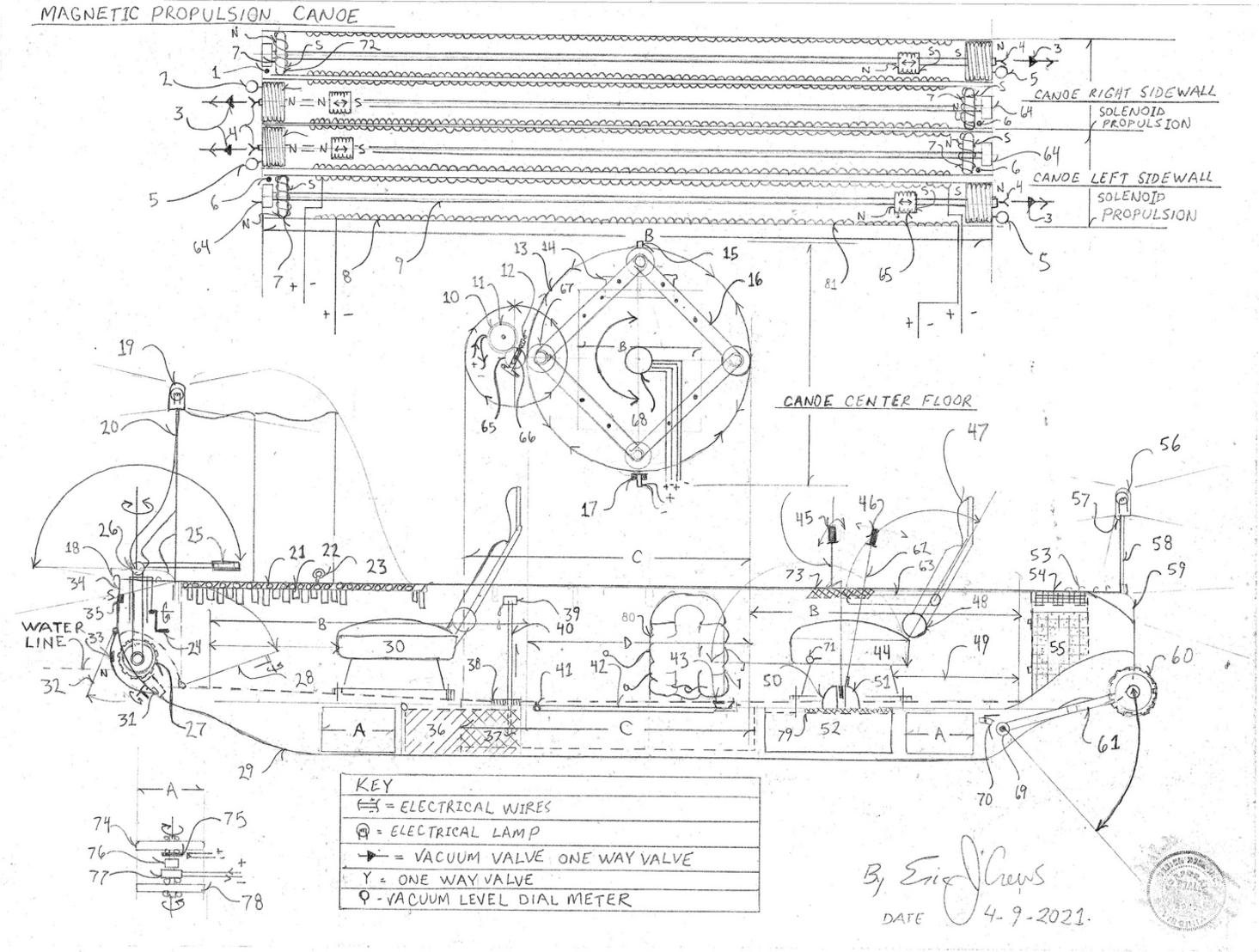 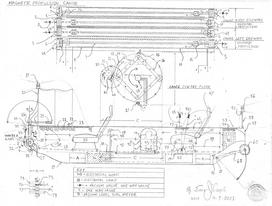 The "Magnetic Propulsion Canoe" is a boat propulsion system using "solenoid / linear motor" that are implementing magnetic repulsion to move the boat upon the water. A "prop-less" method to move the boat. The system is powered by a fuel less generator to "sustain" long distance travel.

1. proximity switch used when the slide hammer is in place to the reset it's magnetic gauss

4. Main electromagnet and one way valve  - used to lower the vacuum level in the linear motor

22. canopy flex arch "tent" support recess mounts the canopy - continues along the length of the canoe

27. front wheel - used to "dock" the boat assisted by cable wench if necessary

45. port and stern horizontal vector control lever (left side of the canoe)

electric magnetic propulsion motors (right side of the canoe)

52. on board refrigeration system

62. canoe direction and speed "throttle" controls the current intensity in the linear motors - Letter "B"

63. arm rest sum of two upon each seat - left and right

73. helm control electronics and system display panel (right side of the canoe)

of current to "allow"  the slide hammer to effectively "surf" / recoil. The high intensity part of the sine

reactant force displacement, by hydraulic fluid suction, to "off set" / (nullify) the

into a center cylinder with piston. The center piston is then

electromagnets to cause directional instigation of motion..." as the fluid atop the

When viewing "alternate" letter "C" think of an air plane wing. The high pressure and low pressure effect of air flow across the air foil (shape of and aircraft wing) then, can also apply to magnets, where as the low pressure is attractant magnetic poles causing the "low pressure tilt" and the repellent similar poles causing the repulsion producing motion, when the potential is transferred to the hull via the system mounting encasement.

The hydraulic pistons then in the horizontal position (opposed alignment) will then feed hydraulic fluid to the lower half of the center piston containing an internal piston "head" and alignment guide rods. In the lower picture, the inverted hydraulic piston then is connected to a "bracket" that causes the upright piston to compress the electromagnetic electromagnets causing the canoe to move. The up right piston acts as a safety dampener and assist in the movement of the electromagnets and lessens the hydraulic resistance upon the manual control lever.

The upper chamber of the center piston assembly then connects to the manual actuation hand lever and main suction piston that is assisted by expansion coil springs. When the hand lever is pushed forward it causes hydraulic suction compressing the electromagnetic electromagnets. A thumb lock can then stabilizes the lever in specific position for level of compression. The "lever then also able to lock to the "ski pole" style "throttle lever". The hand control then for "alternate" letter "C" is then with internal gear reduction system to lessen the physical pressure required to operate the lever for ease of operation. 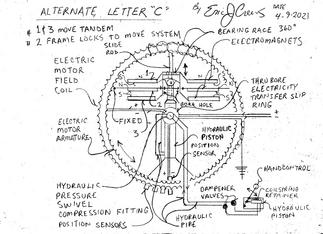 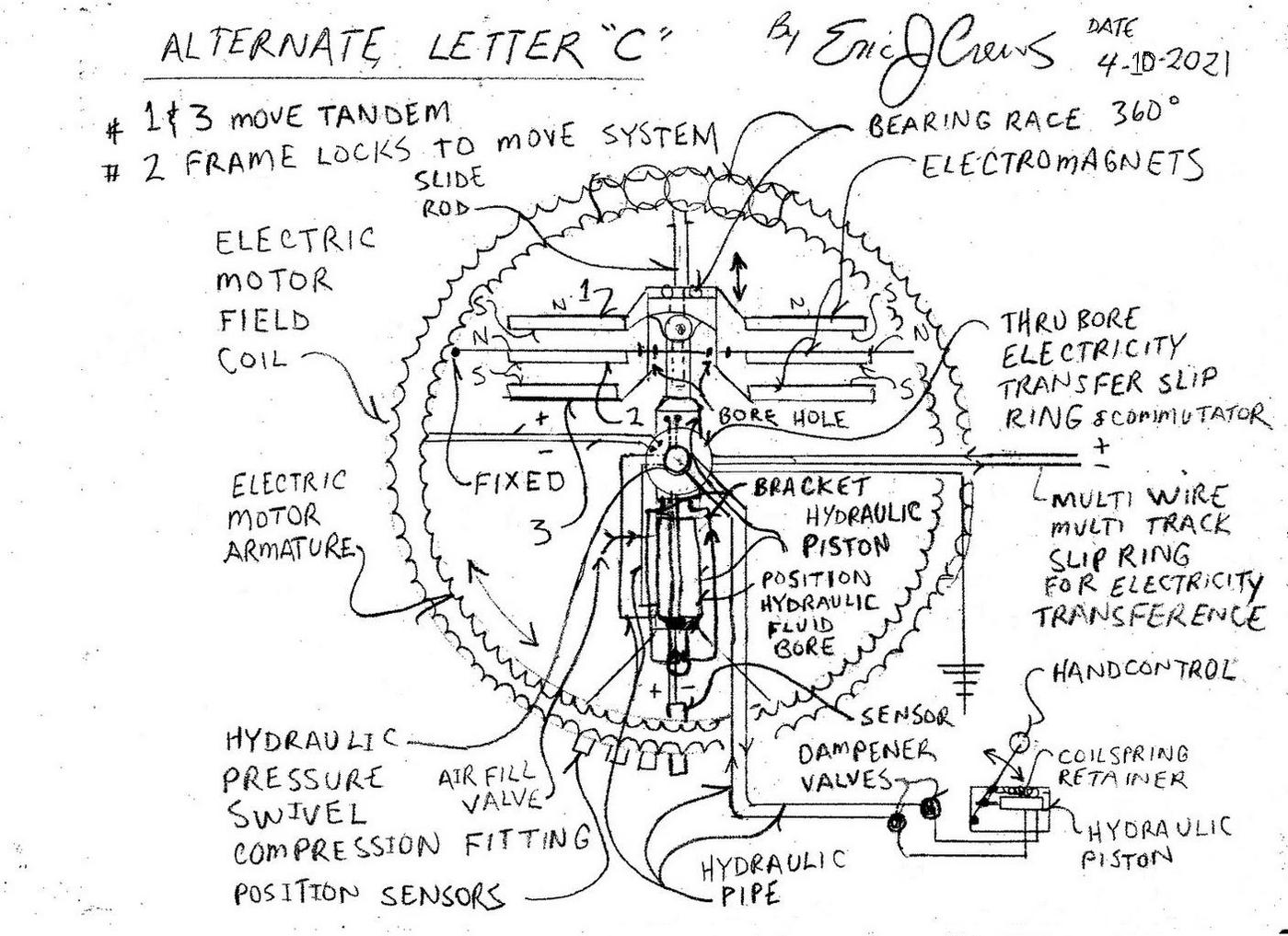