2. Swivel hoop with field coil  for the electric motor ( fixed ie lock mounted with the top of the swivel )

3. Top gearing system spins Woozie upon it's polar  center pointassisted by an internal electric motor. The system design is then drafting hydraulic pressure and  then accelerating the lower pump gear to then add pressure and velocity to counter act the magnetic field resistance of the direct current dynamo that is producing electricity controlled by potentiometer and voltage regulator to power the rotational assist electric motor and the lighting "ropes" along the edge of the modified helix Woozie wind spinner..

4. lower pump driven by top impeller gear at greater rotational rate allows for the spinning mass with inertia the to cause greater fluid velocity in the down flow impaling the hydraulic impeller then causing rotation in the dynamo.

16. Hydraulic impeller  plus gearing  1:10 ratio gear set with the input rotation produced by the hydraulic flow causing the dynamo to rotate at ten times the rotational rate connected to a Dc ( direct current ) dynamo

generator with the electricity out put then regulated by a voltage regulator and subsequent split circuit to then light the lamps and feed a given current level to the top mounted electric motor.

A max pressure safety valve then also upon the dynamo's hydraulic impellers casing then venting into the pressure bottle also causing the reduction / restriction of oil  ( flow rate )  then  by an adjusting steel cored connected to number 7 reducing the valves flow rate... when the safety valve is then caused open actutating a lever causing the steel cord to move closing the valve , number 7, at variable  levels.

Following... find the top gear assembly schematic for the Woozie... the assembly then contained in a circular casing that will allow for water shedding with a slight dome tapper upon the top side of the assembly.

2. "c" clip ( causes the gear "C" then locked tandem to the core shaft of the Woozie) the threaded core shaft then extends higher with a locking bolt in addition to a free spinning swivel the as the Woozie hanger.

3.  The counter weights are the to balance the gear mechanism to cause stable rotation with equal centrifugal weight.

4.  Core shaft also then as an armature of an electric motor with the stator then affixed to the stationary part of the hanging swivel. A " thru bore " slip ring for electrical current transference is also required to electrify the field coil / stator...

10. in flow tube from the pressure tank

"A" = hydraulic impeller with gear

"B" = hydraulic compressor with receiving gear

of the oil at a higher elevation.

A watering system ( via micro de- humidification ), will then be mounted between the anchor and the field coil / stator of the electric motor  with a plug that upon the field coil mounting bolts ( current lock post threaded with nuts then attaching to a quick plug receptacle sum of two one for the dehumidifier the second for a micro distillation system ie http://www.designdeskinc.com/passive-water-condenser.html ),

Allowing for the remote controlled micro de-humidification system  to then produce water from air. The water then being able to be used to water the plants via tubes connected to the water catch container upon the micro de-humidification system. The second plug atop the field coil / stator then will be able to recharge the battery in the remote control for the system.. including the lighting and "start rotation system then from the battery in the charger then used to power the electric motor and adjusting the flow system. via solenoid system . Dual 9v rechargeable batteries bays then as the charging recess... ie charges two batteries

The lighting assembly may also be of "grow lighting"  type to then be used in a green house with the mechanism then providing heat ( dehumidifier condenser )  / air circulation, light and clean water as well.

Static electricity will form within the hydraulic flow tubes so as a precaution the electrical grounding will be attached to the flow tubes and then discharged via capacitance then activating a pulsing light to indicate excessive charge....

The design system as refined will then contain the flow tubes within the edge of the helix and be hidden also allowing for the edge strip to also be curved and or an additional strip then containing a luminary light strip. Material selection of a variety of Material...Acrylic , Wood , Stainless steel.....even plastic ( translucent)...., [ the lamp may fact toward the center illuminating the helix ].. or solid or opaque..) 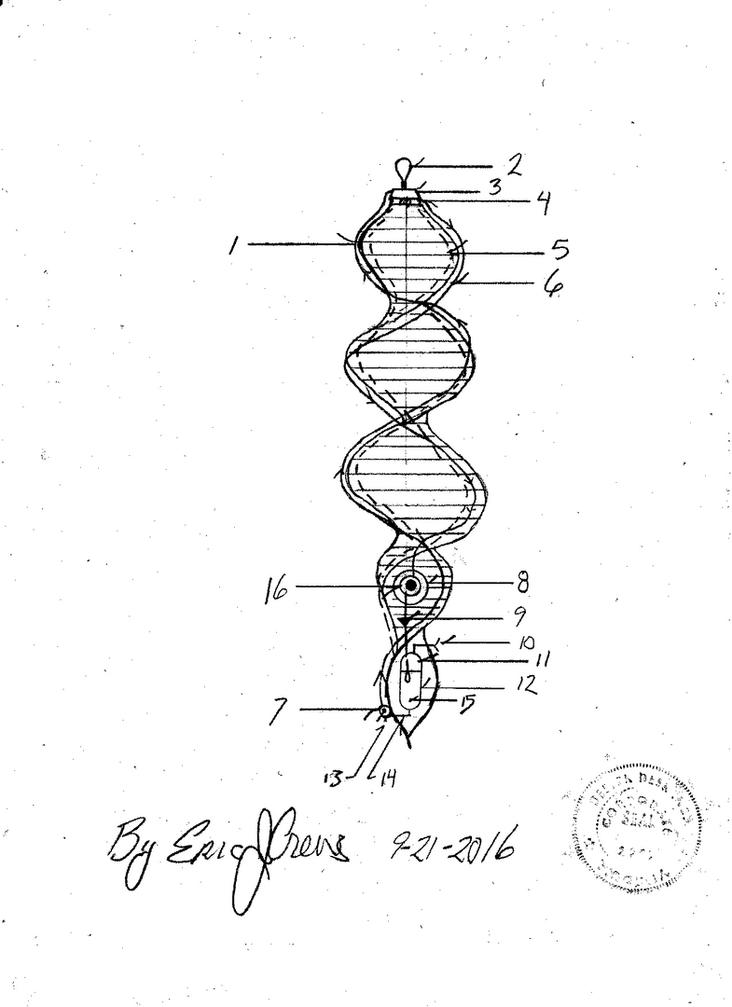 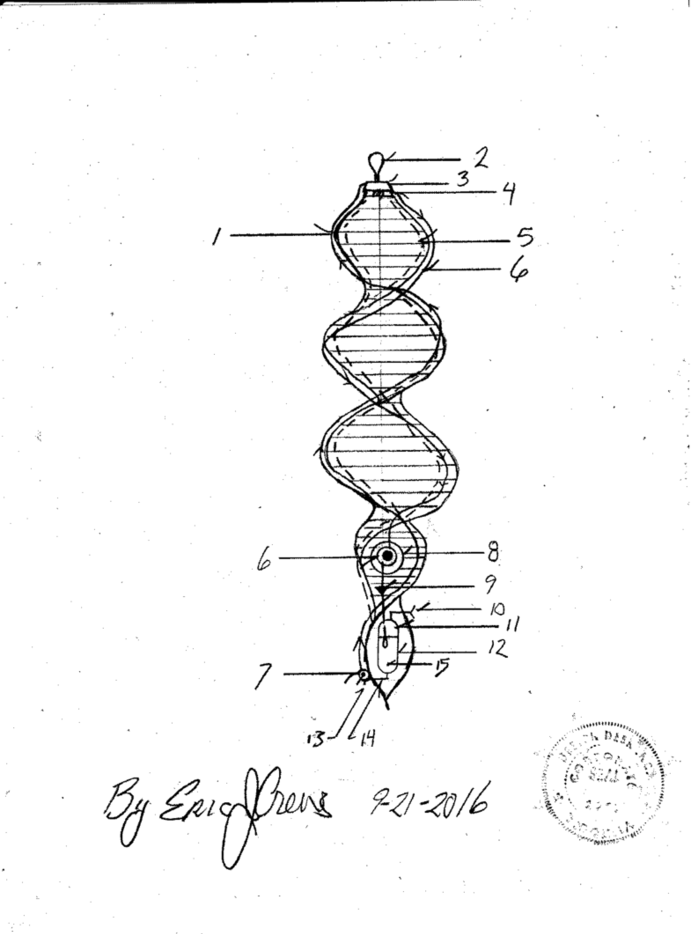 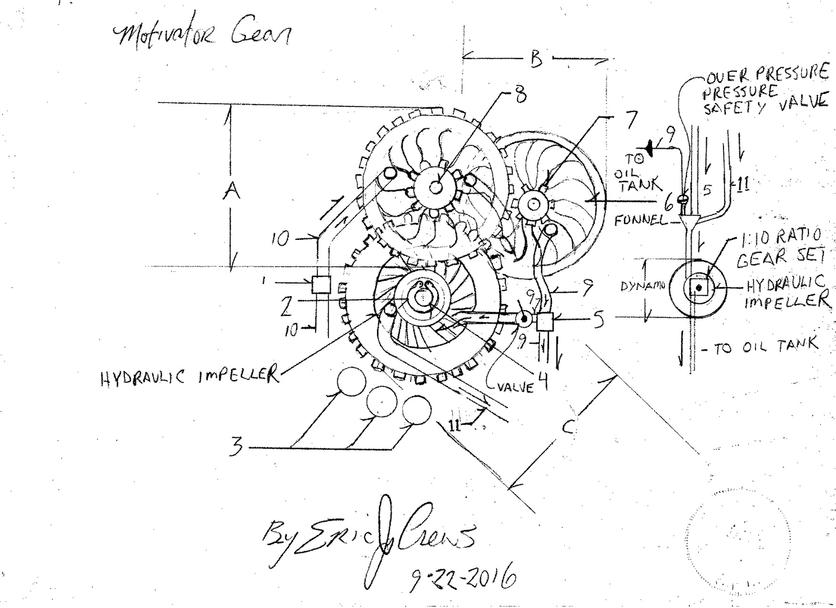 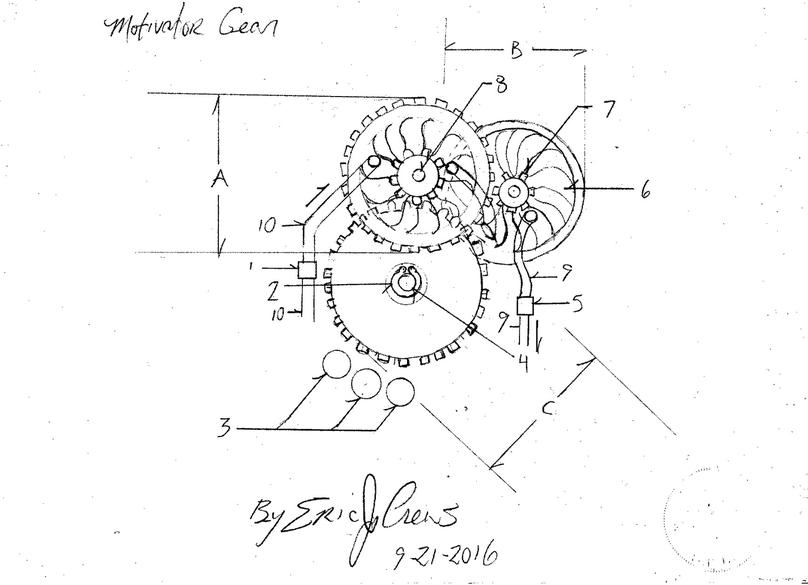