The following water cycle is an attempt at self sustained electrical generation then using gravity and suction in combination.

To "Start" the system first fill the buckets with water with the upside down bucket then within the larger bucket via the water fill valve labeled as "B". Close valve "B"

Next lift the inner bucket by the grip bar and with valve "B" closed and raise the water column in the core bucket then to the locking height to the "lock braces" sum of four locking levers connected by hinges to the rim of the base larger bucket.

The next step is to start the siphon manually by opening valve labeled as valve "A" then to pull water out of the larger lower bucket.

The next step is to simutanously open valve labeled as valve "C" and position  valve "A" to to the open flow position causing the column weight of water in the inverted "upside down bucket to pull the siphon into the higher column of water for perpetual water flow to then extract electricity via the water impeller and pulley / drive belt system then using a permanent magnetic dynamo.

As with all flow cycles motion causes static electricity the flow tubes / pipes will allow for direct electrical grounding. The system may be used with a non conductive oil to reduce the chance of forming hydrogen. The non conductive oil of choice is a silicone oil ( non flammable non electrically conductive).

An addition air evacuation pump that allows the exchange of the air while retaining the vacuum level may be added to this system then powered by the electrical generated current via electric motor and connected air pump system. The air purge system then connecting to the system at the water fill valve.

With the water system vacuum exchange must be incurred  ( by belt driven vacuum pump with interval actuation gear then incurred by drive belt driven pulley) to prevent hydrogen.The "upside down bucket" then containing vacuum at the top interior to be exchanged for system safety. 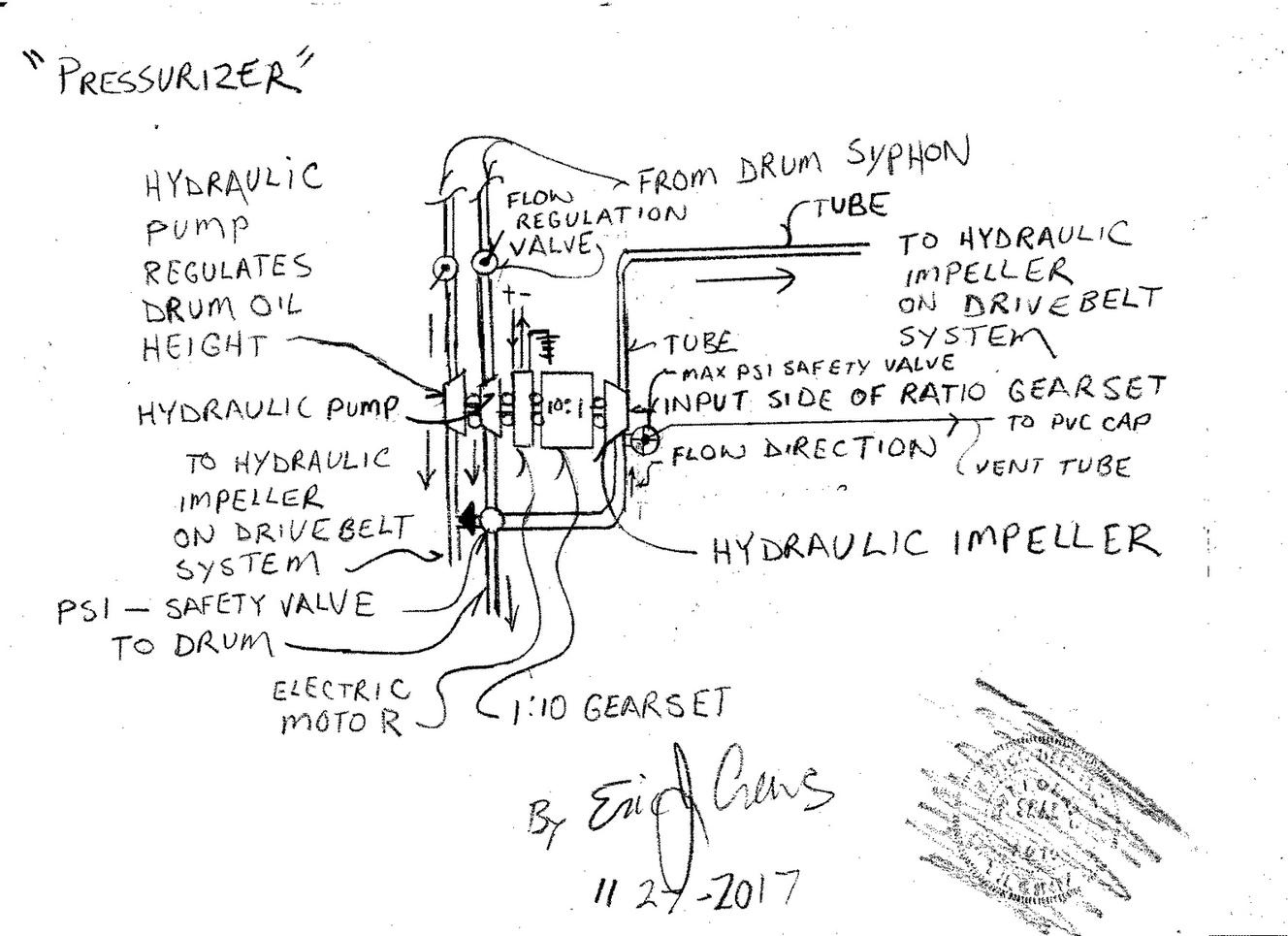 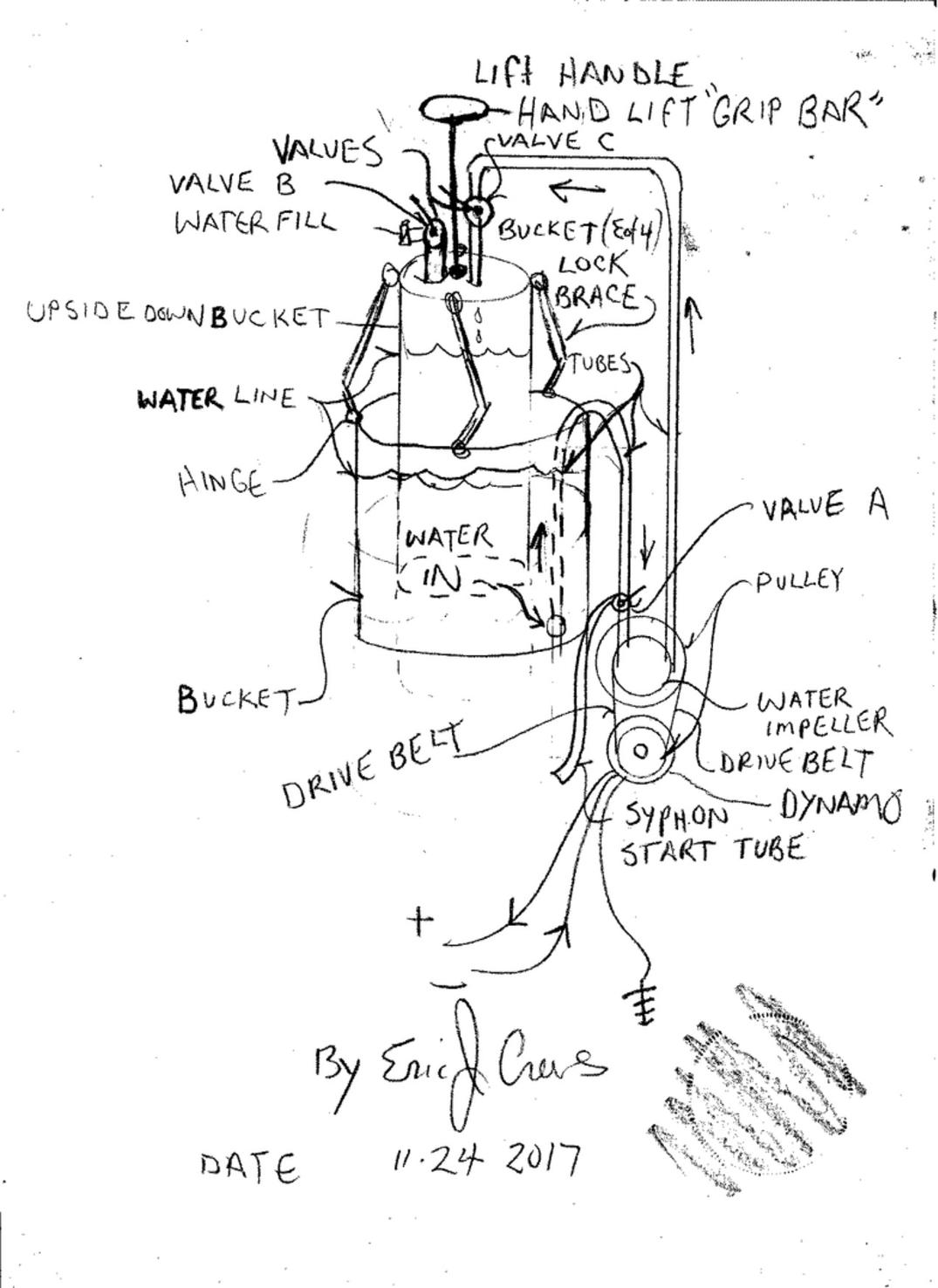