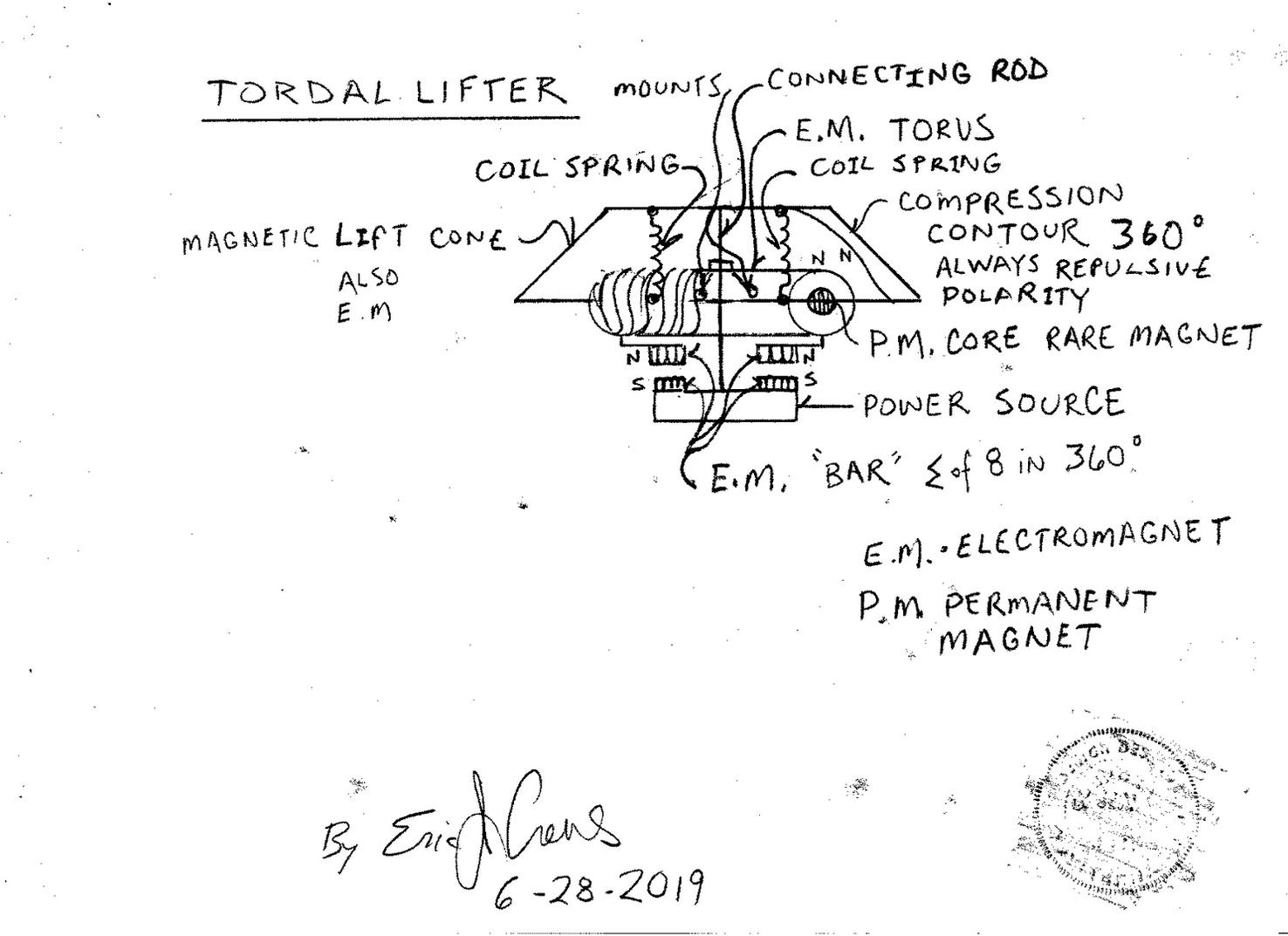 The "retention / expansion" coil springs ( polar array sum of eight about 360 degrees ) increase the lift effect when slightly raising the torus. The compression contour then to cause lift by magnetic repelling magnetic fields ( ie. the same polarity). The lower E.M. electromagnets current controlled electricity level reduction to increase the top  "cones" lift effect by compressing the torus field closer to the interior surface of the cone who's surface is also magnetic.

The power source ( fuel less generator ) is then causing the lower polar array E.M. bar magnets to then become electrified and causes polaric attraction causing the E.M. torus to lower as the assemblies are connected.

Then the E.M. torus is then electrified causing toroid magnetic field then repellent as the poles are aligned to repel. ( the inner surface of the "cone" may also then be as an E.M. electromagnet to "increase" the polaric repulse effect produced when similar poles of a magnet are brought close together). The "bar" E.M. magnets electrical current is then controlled reduced causing the energized torus E.M. to rise causing the coil spring to cause a lift effect upon the cone as the "flow of the torus magnetic field is then being compressed in flow.

The flow of the torus magnets the horizontal repellent to the cone inner surface also "magnetic" with similar polarity causing a lift effect. the system may use an "unbalanced magnetic field" as well to cause  a directional flow by using a diode and resistor upon the individual toroid coil windings. The diode the keeps the current only flowing in one direction and the resistor only allows specific levels of electricity to flow past the resistor.

The design system then useful in asteroid impact mitigation!