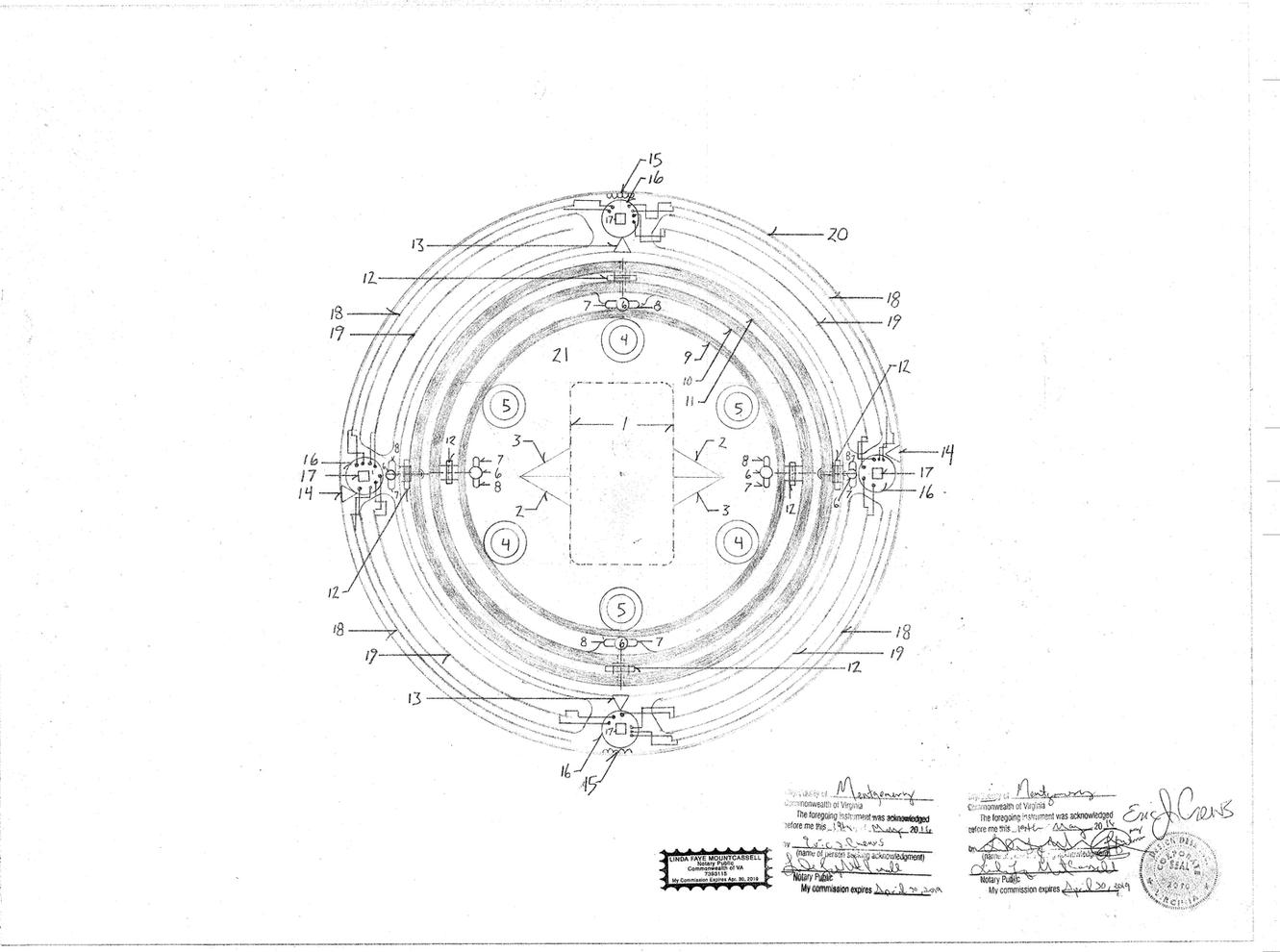 So with that in mind... several issues will be addressed ...

Global Warming can cause the release of the Methane Hydrate ( methane ice ) due to the increase temperature of the water... this compounds the atmospheric warming and continues to incline in effect.

Salt then harvested from fuel less oceanic distillation systems can be reintroduced at the correct locations as an attempt to manage the salinity problem but the salt must be harvested from location as not to cause contamination of heavy metals...ie. the "salt" might need further industrial processing before being returned to the ocean to assist in the thermohaline ocean current thermal flow cycle.

After examining  Vacuum boiling and the need there after to produce a non icing system to force chill ocean water to suppress  the methane release due to warmer ocean water,  cause by Carbon Dioxide ,with a flow cycle to then remain functional at depth ( non icing ) ... the concept involved causing a low pressure effect within a tube by shape of flow to lower the high pressure of deep ocean water.... something to examine... ?


The system may also be used for terraforming planets with different atmospheric temperatures.  Using this system  may be required to  stabilize the average planetary temperature to then cause forced warm and or cold water to aid in the  planets ocean temperature to stable the flow cycle... so disk that heat and or cool using  sealed fuel less  sustained electricity production systems may then assist in correcting problems that can occur suddenly and currently we have ( to my knowledge ),  not prepared for. So sealed submersible disk that can heat and or cool by their outer surfaces the transferring heat or a cooling capacity to the water in contact with the outer shell / hull of the vehicle.

1. Sum of four Static compression systems complete then mated to the core deck plate then also vectoring in opposite directions , two static compressor per core deck , positioned from center point so that 1/2 of the engine system is exposed upon each side of the core deck,( above and below  the high speed static compressor engine "bay" then can be multiple crew decks then allowing for a gravity effect when in travel by core spin..

3. Communications Navigation ( Systems Mapping Electronics ( redundant and repairable on board robotic with servo motors to repair components if required )

7. Self sustained fuel less power systems ( http://designdeskinc.com/Home_Power_System.html ) electric servos are sum of two per unit / redundancy to reroute if failure

15. High intensity electromagnet....  ( most asteroids contain metal so using a high powered magnet then to lock the asteroid in "drag" then having a greater effect than a gravity tractor

20. Metallic hull ( antenna)  and underneath Electromagnetic pulse shielding and radiation protection chilled by Nitrogen super coolers then causing water temperature drop. The system allows for the rebuilding of sea ice in the Artic Ocean by traveling under water like a submarine then causing glaciers from underneath...


The Thermohaline ( Ocean Current ) stabilization device can also be used for Asteroid Impact Mitigation ( ie to control and drive asteroids to safety) . A high strength net with the flight balls then attached to the outer circumference of the netting may then be as an alternative method to re direct large asteroids and or comets... The Static compressor engine designs should be adequate to match the velocity required within the given time frame. The system will reach high velocity faster than an ion engine system. This is critical factoring detection time ....

The design will resemble a Silver toned metallic sphere and have flight capacity to the be able to heat or cool ocean water while fuel less force vectoring under the water... ( a "USO" ) for all intensive purposes..  the Flight systems are then designed as the following systems combined.... http://designdeskinc.com/Hover_Motor.html and main outer space velocity system ( to match the speed of high velocity objects )http://designdeskinc.com/Static_Compressor.html.

The then spherical positional mobile ( numbers 9 10, and 11 - the "rings" rotate at the connecting slip ring servos, number 12 ( also pneumatically assisted ) then able to make quick course corrections and adjust to component failure should fault be encountered.

The Thermohaline Stabilizer system will then also be able with additional semi sphere capping system to then pump hot water unto the Methane Hydrate to then also collect the gas produced for collection in plastic float bag to then be safety captured into containment upon drag barge and then docked to the shore and the gas removed.... The system should not require compression to the liquid form of methane as it is hazardous.
A storage barge dragged behind a ship, also may make the gas less dangerous if mixed as small frozen bubbles within water ice to then reduce fire or explosion hazard. Then total system will allow for the  removal the hazard cost effective...being realistic this would take a very long time but the technology option is being presented...

The Thermohaline Stabilizer (ocean current ) temperature stabilizer then retains the heat internally that is produced from the Air Stratifier condenser listed at ( http://www.designdeskinc.com/air-stratifier.html ). The "cold side" of the super cooler then using Nitrogen chills the outer hull of the submersible sphere then being motivated by "sealed" fuel less force vectoring engines listed at http://www.designdeskinc.com/hover-motor.html

* Note - when the sphere is moving under water fast enough the ice will not adhere to the hull yet it will drop the water temperature deep enough to then accelerate ice crystal growth upon the underside of the ice shelf. Heated ice "ice pop off" electric resistors may also be contained within the hull with the hull case thermally conductive.

A water flow directional assembly will mount to the exterior of the sphere to vector the super cold water upward under the ice shelf. This increases the effect during the build practice. The system is

autonomous ! The design also with systems sensors ( including transmitters / receivers), to remotely report the vessels functions able also to remotely actuate the system or cause internal repair by an internal servo robot. The design is unmanned able to self navigate.