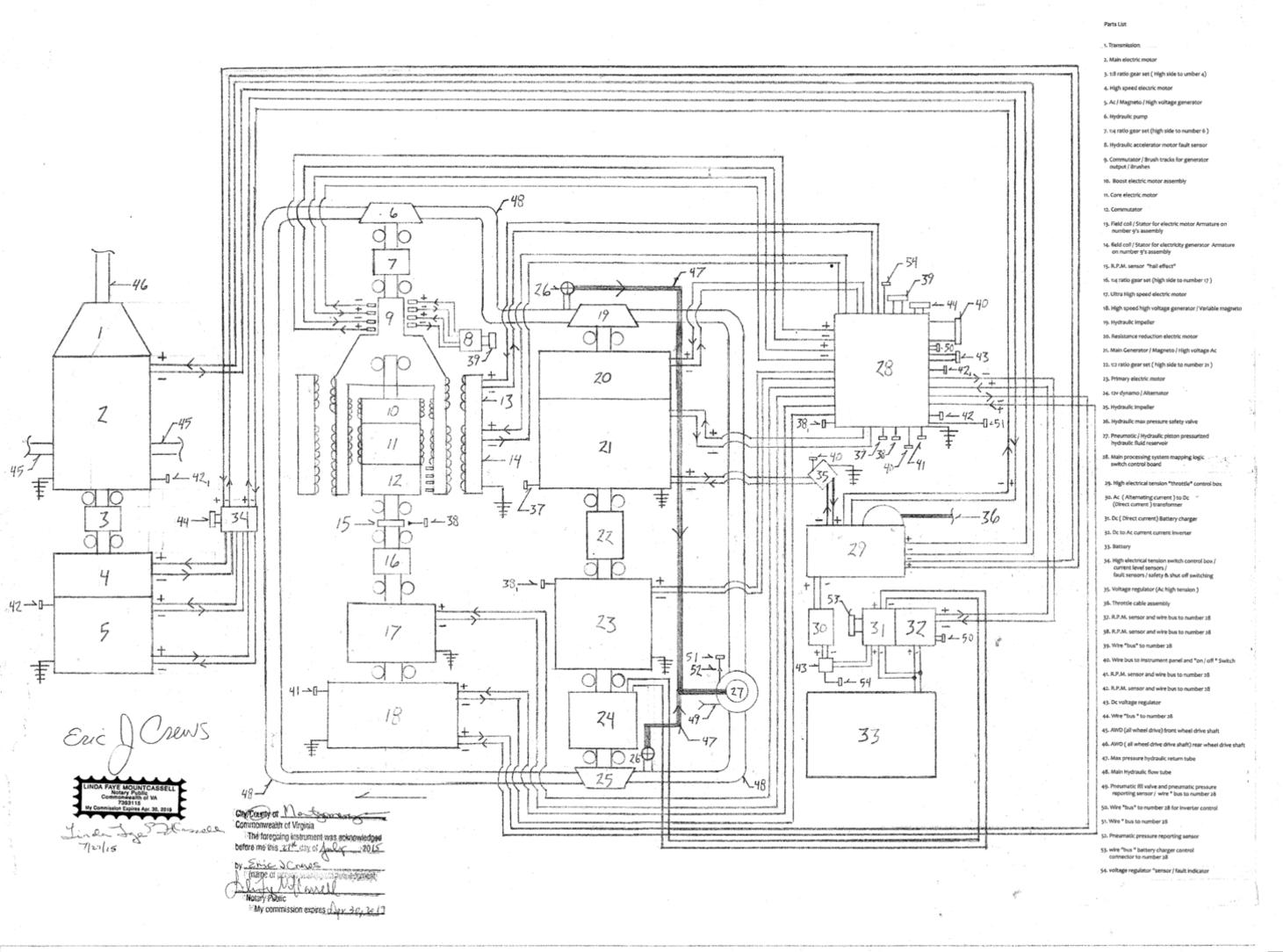 Description;
This system is intended to cause a self charging unlimited range electric all wheel drive vehicle.

Circuit flow path;
From the on switch the battery is then allowed to feed current to the Dc to Ac current inverter.
From the current inverter to the mapping control logic board then allowing number 13 to spin up controlled in number 28 also switching through via 40 thru instrument cluster on / off switch.
This causes current production in number 14 that is then fed to number 11 , 17 and 23 controlled in number 28
Then the current post number 11 becomes the hot input for number 17.
Number 18's current output is then fed to numbers 10, 20 and number 23 controlled in number 28.
Number 21's current output is then fed to number (9), 13, 29 (4, and 5) controlled by number 34 and 28
Number 5's current output is then fed to number 29, 30,31, 43 and then charging number 33.
Number 5's out put is also then causing high tension hot in number 29 then throttled to number 2.
Number 24 also feeds number 31 and 33 controlled in n umber 28.
Number 2 becomes "tilted" by number 4 motoring. Number 2 then high "hot" from number 5's output propelling the automobile.  Number 5's high current level is routed through number 29 then to number 2.
Final electrical compounding circuit ... from number 5 to number 28 to number 23.
The circles are bearing races on the  connecting drive shafts allowing them to preform their function. Also the mechanism is supported by final casing supporting the bearing races and motor and generator mounting points.
Number 9 is also supported by full ball bearing support structure / brace at the "open" end of the motor/ generator so that number 9 rotates correctly...mounting to number 9 and 14 with ball bearing race between the stationary number 14 and the rotating number 9.