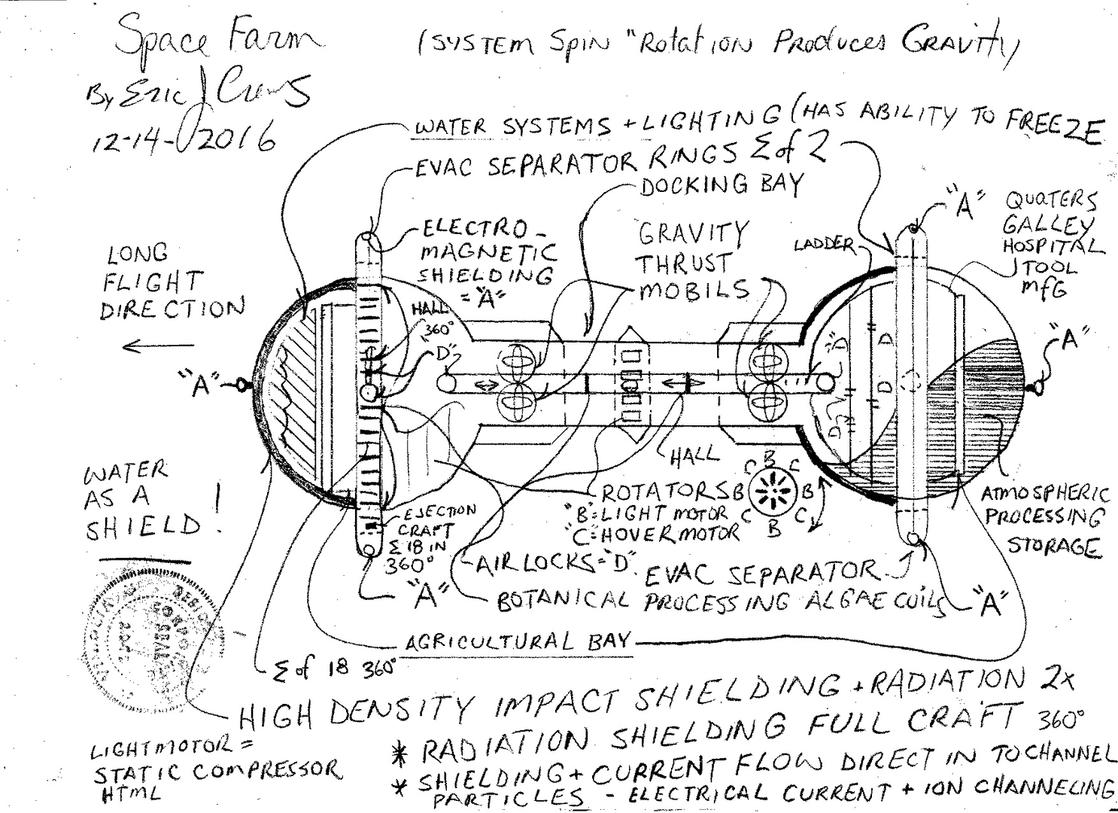 In certain conditions increased farm space will be needed when terraforming . The following design system is a start...

Growing algae to produce lubricants in space as well as then being able to "print" tools is an advancement upon a space craft. Algae also then, could grow atmosphere and shield stasis or sleeping chambers with cycling live culture blooms within the hull structure of the chamber then allowing an interior air environment with climate control...

and not effect the hull separate inner containment.

* Note -  system weight to earth gravity vs. engine / motor performance to then cause re-entry

at 1' ( one foot per second )  controlled / hull still thermally designed for high temperatures...)

like posi mass... will work if concentrated to correct density levels and monitored for

photon? change the equation? ( distance is then greater )....

and  electrical charge there in? ...

Phase changes effects at rate of velocity due to particle affectivity.

gain in the confinement system such a Neutrinos..