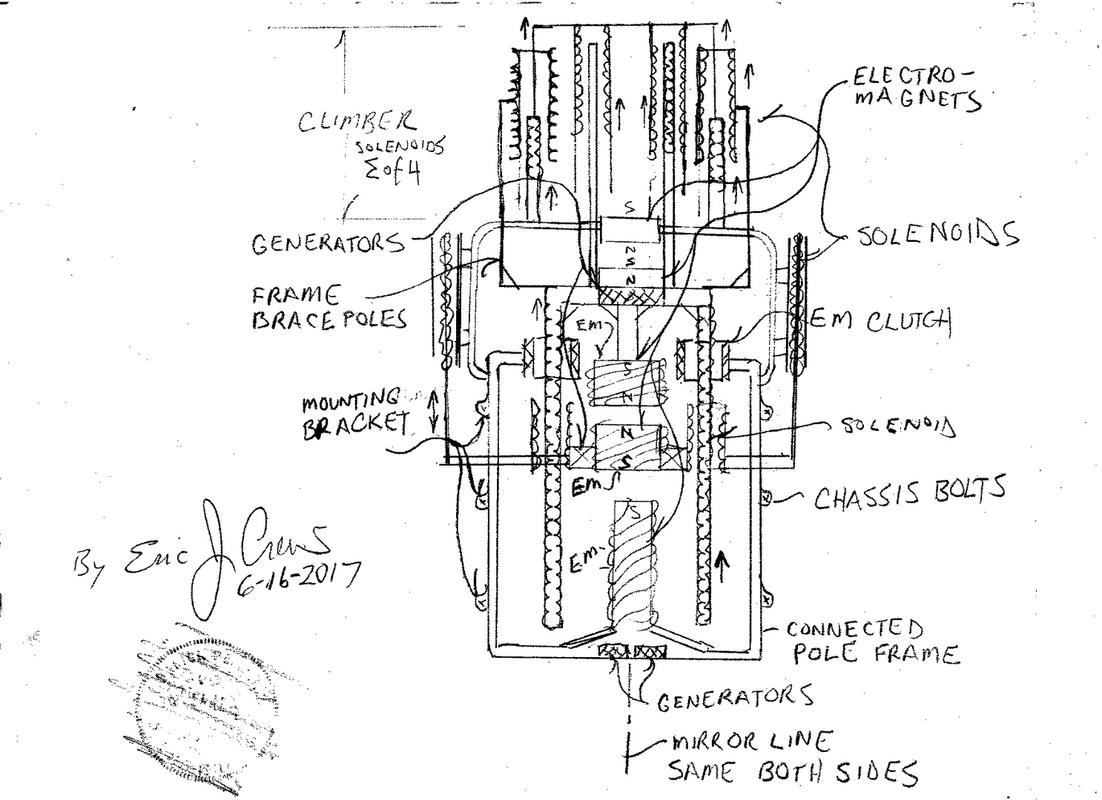 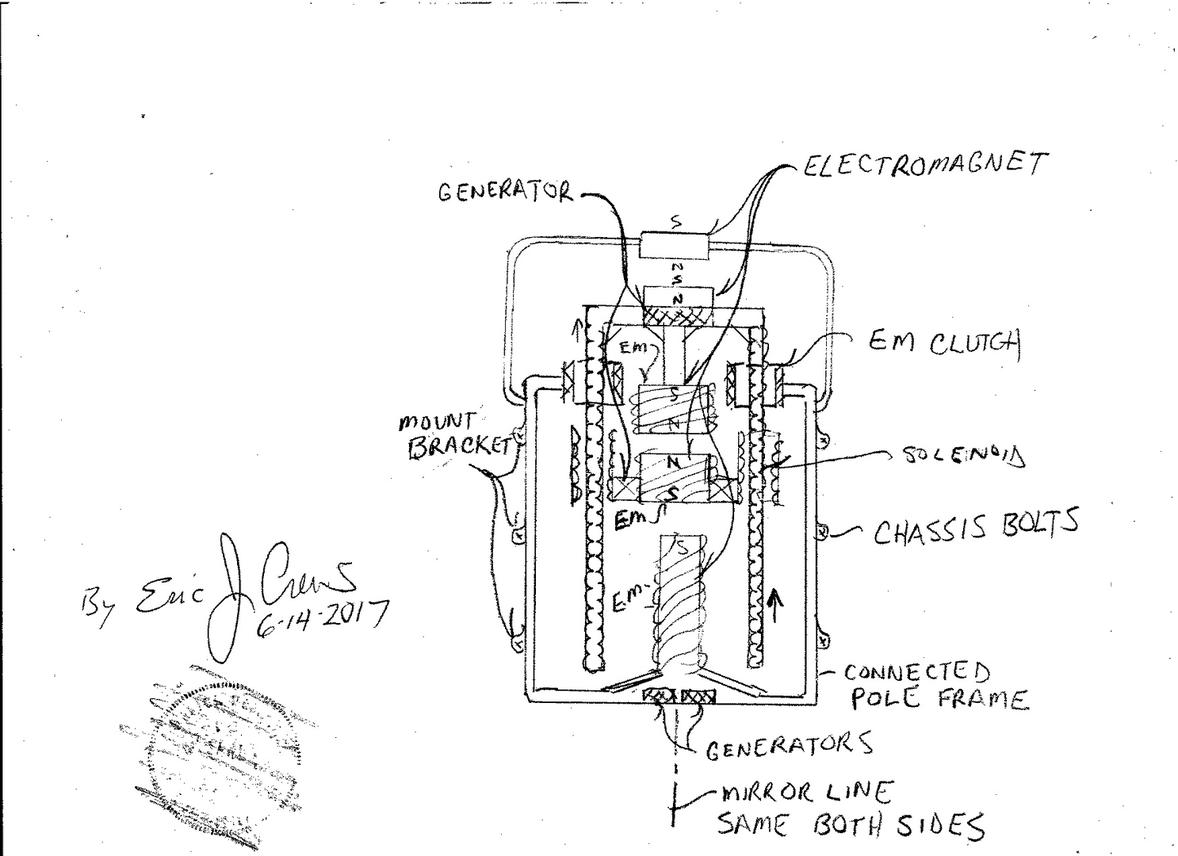 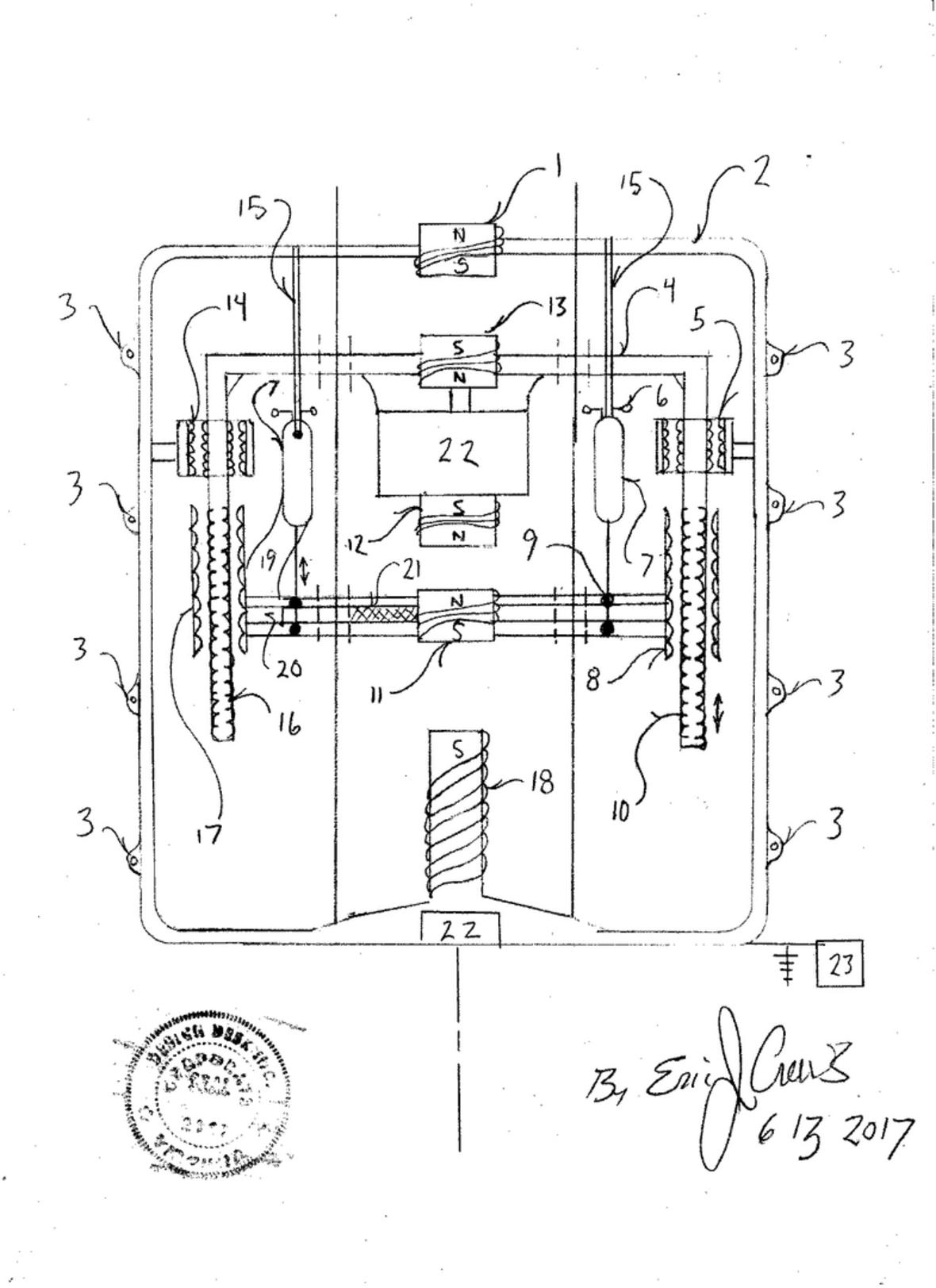 The "Slide Rack  Lifter" is then a solenoid electromagnetic  and electromagnetic clutch system implementing a vacuum system to the off set the reciprocal force attempting to offset inertia.

The "pulse sequence in the above design system is intended to "bounce" the system upward just before the inertia reverses direction due to gravity. When a force is applied in one direction a reactionary result then occurs in the opposite direction... that said within this design system the mechanics then are intending to counter act the reactionary force.

* - When the "slide rod is at it's maximum height  having the it's top electromagnet at maximum magnetic field compression the solenoid slide rods then electrify causing the carriage to jet upward.

*- The base magnet then with repulsing field forced upward reactivity then by repulsive magnetic field.

*- The side mount solenoids the "fire" there after causing  then magnetic hammer to then again by magnetic repulsion cause the slide rods to readjust effectively resetting then and by the stepped rise the reactionary force the nullified by the system rising... due to the temporal offset of the solenoid systems "firing".

* - By allowing the repulsive effect to "shut off"  ( or greatly reduce the current to then not allow the magnets to touch / rise rate calculation) by switching off the electricity to the electromagnetic at the "base" magnet the system is then allowing the "hammer"  to repeat the cycle.

and vacuum pumping systems also the center of the electromagnetic clutches)

The above design system the about it's center axis a polar array with multiple solenoid rods and associated system the 12 times about 360 degrees.

Additionally upon every 15 degrees upon a larger circumference then being a slide rack to the act as the off set force carrier ie. when the center is pulsing then by positional height difference then referencing the horizontal plane placement of the "off set" carriers then giving effect rise in sequence to the center system to reset....

The larger  24 rack system may also be upon  360 degree positional 3 ring mobiles then positioned by electric servos and as a back up positional system for guidance a pneumatic pressure system  to vector the large circumference slide racks.

Following please find the system with additional launcher and "hover point" extender... the numbering is the same for the above schematic...

The above drafting then being with the "hover point" extender will elongate the inertia reversing direction then extending by the poles then under the top launchers then are locked to the electromagnetic clutch system ( bolted ) ( titanium core pin bolts) and welded all around. When number 11 rises number 14 and 5 upon the top assembly lifting the linear generators upon each side of number 18 to a safe maximum height. The poles the remain within the base tube recess with the electricity then directed to the systems components. 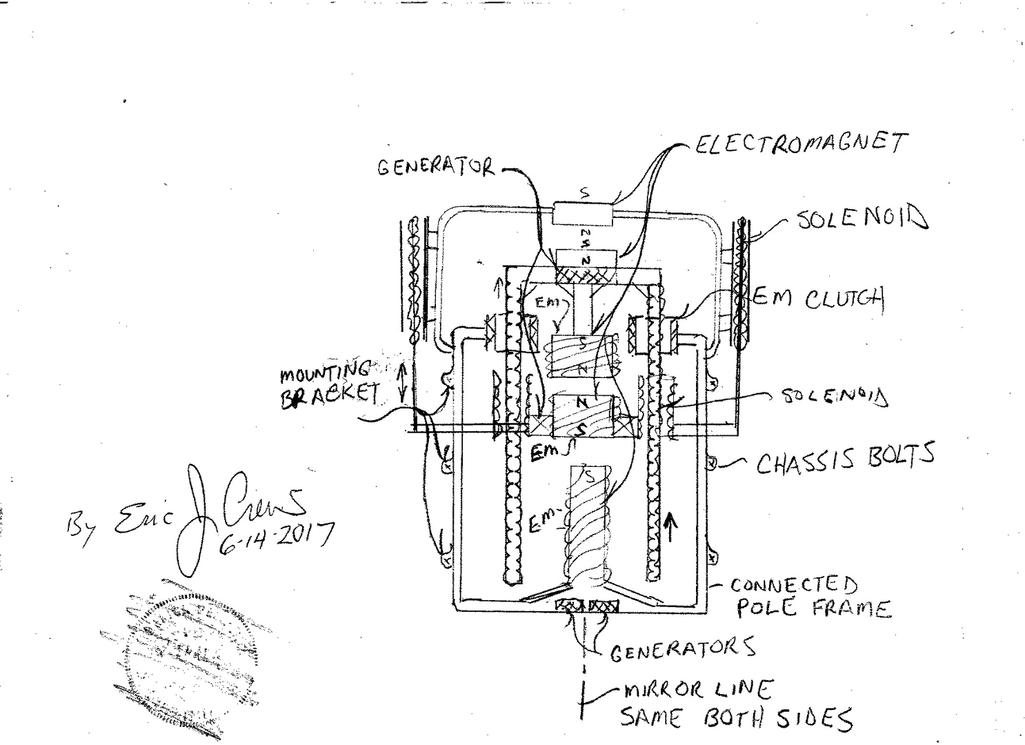 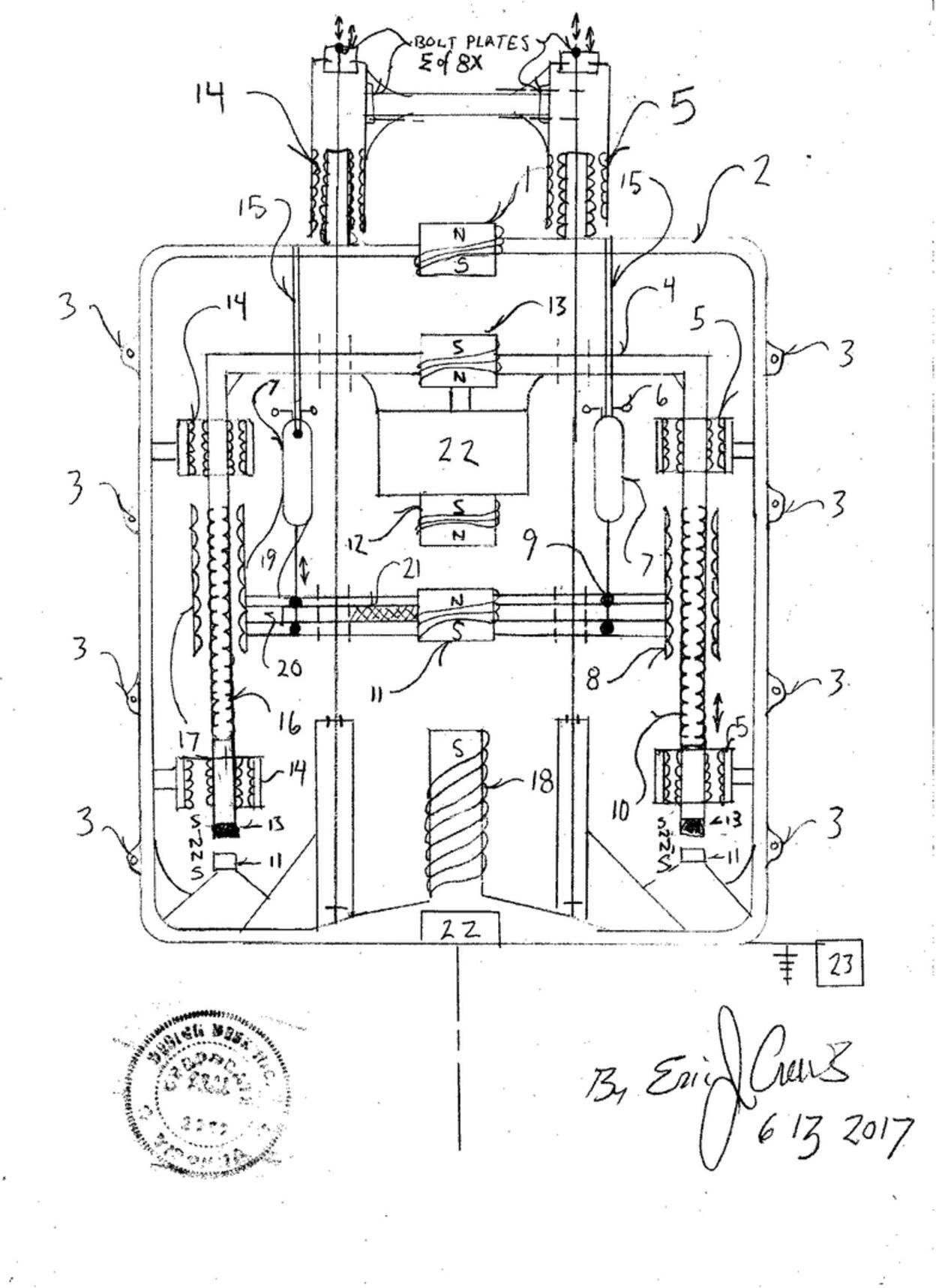