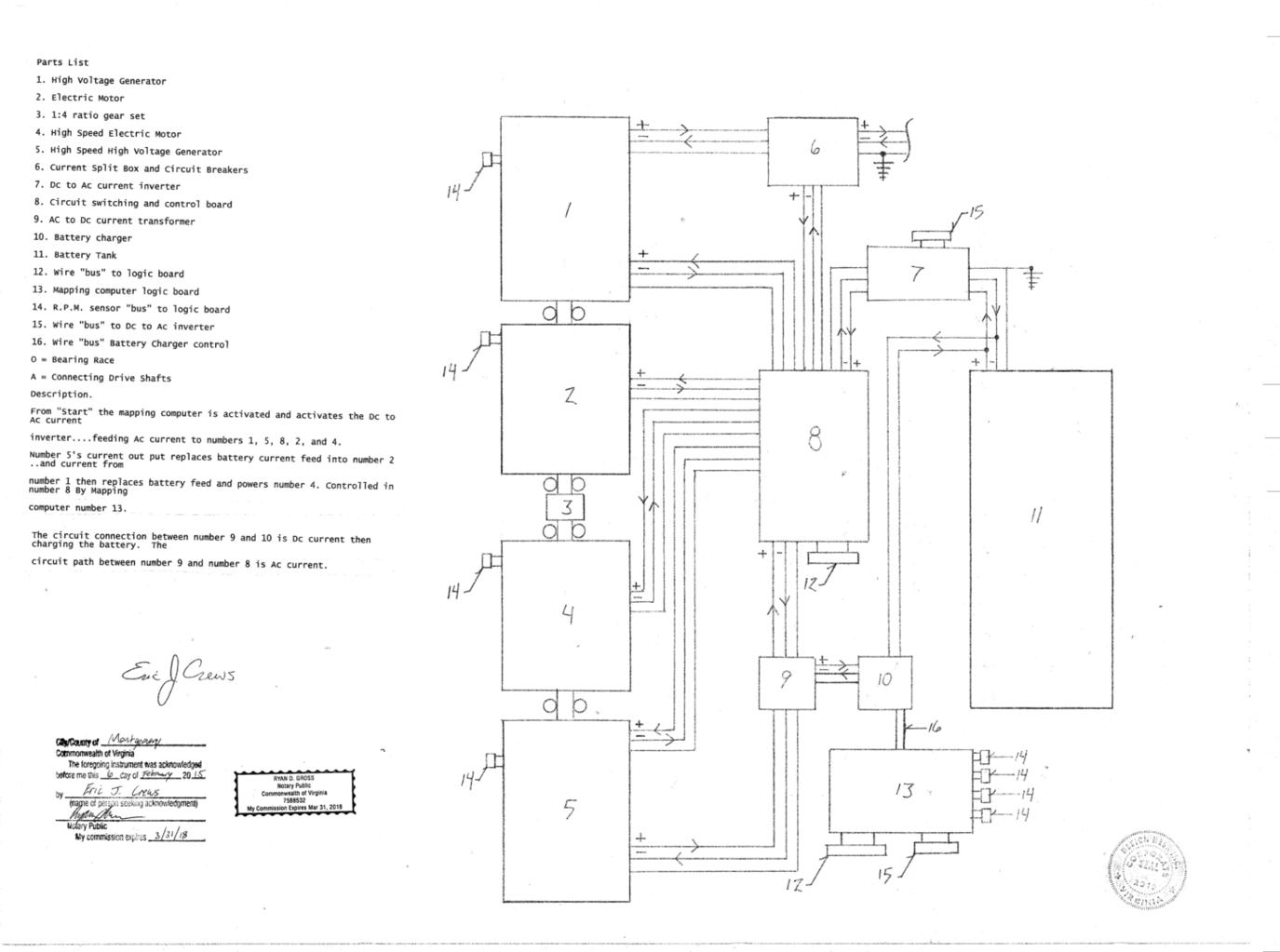 Every year we spend an enormous amount of money on power for a homes heating and cooling. This design is intended to augment  a homes electricity because of increasing demand in summer and the need to compensate for power outages in inclement weather.  The system is scalable and can be applied to many applications. The system should work for heating the roadways, lighting the street lamps, heating the sidewalks , heating the driveways and heating the fire hydrants so that snow does not obscure them. Also heated  gutters and shingles will be developed to melt snow loading on roof tops. The system may also be used for oceanic desalination systems because then the heating of ocean water then becomes cost effective with a fuel less generator. It will function in small remote applications or in large urban environments.

* there are two circuit paths for the same schematic one as depicted in the image below and the high intensity system described in the text. Both use the drafting below. It's wired a little different in number 8 and has an additional cooling system).

From the battery current activates the logic board/ mapping computer and the Dc to Ac inverter.  The Ac current then is fed to the control board / switching board number 8.  The current powers the magnetos in the generators and feeds a variable controlled current feed to the electric motors. The magnetos then feed current to the field coil / stator of the generators to induce the magnetic fields.

The current feed from High Speed High Voltage generator then replaces the magneto current feed and powers number 2 and number 4 .  Number 2 rotates once for every four rotations of numbers 4 and 5 . The current level into the magnetos are variable but will lag in time so that the system will climb in rotational speed accounting for power available to the electric drive motors.

Since number 2 rotates in tandem with number 1 ...number 1's current output is fed to number 6 where the current is split. Part of the total current level becomes final system output and part  Becomes current for the cooling system.  Current post number 2, at current level intensity of number 5,  is then  routed to number 4 to increase the power level able to be extracted from number 1 (circuit switching contained in number 8). Current from number 5  , post number 2, replaces battery current feed into number 4 causing a counteracting of field resistance in the High Speed High Voltage generator allowing the system to "tilt".

Current output of the High Speed High voltage generator will also branch through the transformer converting Ac current into Dc current to then feed the battery charger and charge the battery.

So powering numbers 2 and 4, from the battery, to current level to produce 1000 R.p.m. causes 1250 R.p.m. in number 2 yielding 5000 R.p.m.  in number 5 with the resistance of the magnetic field of the High Speed High voltage generator cancelled by forward advancement in number 4. The Magneto in number 5 is slightly reduced from current intensity into number 2.  Current output from number 5 is then greater than the battery feed  current and over powers the feed replacing it powering number 2 and number 4 and both magnetos controlled by number 8 and number 13. This compounding cycle will accelerate until sufficient speed is produced to bring up the current level in number 1's magneto producing fuel less production of electricity while charging the battery.

The design is intended to self sustain and is an attempt at fuel less high voltage electrical production.