The "Portable Dehumidification Distillation Water Bottle" is a system powered by a compound dynamo that re-introduces a percentile of it's generated current  to increase total out put electrical current by causing the field coil as an electromagnet... increasing the magnetic field... the "compound dynamo" is then rotated in two fashions the out put percentile of current is fed to an additional electric motor tandem rotating upon the high side of a ratio gear set  to "counter act" the rate incline resistance produced when using a ratio gear set and the resistance produced when generating electricity.

The pneumatic system is the pumping itself into acceleration and re-filling the pressure tank at greater rate than the pressure tank discharge rate.The system required electrical grounding when in use... to control static electricity capacitance from forming a "ground wire " will be placed into earth. Shock casing to protect from manufacturing defect causing a projectile hazard will be implemented ..this is a high r.p.m. rate design so taking precaution is advisable.

The high rotation side of the ratio gear set ( letter "C"), is tandem rotating with  letter "D". The outer dynamo then sends current ( electricity ) to the electric "advancer" motor , letter "D". The speed increase yields more electrical current and increases the field coil ( stator) of the outer dynamo and this produces more current out put then channeled through the armature to then continue until the electricity level is sufficient to power the refrigeration and distillation systems.... 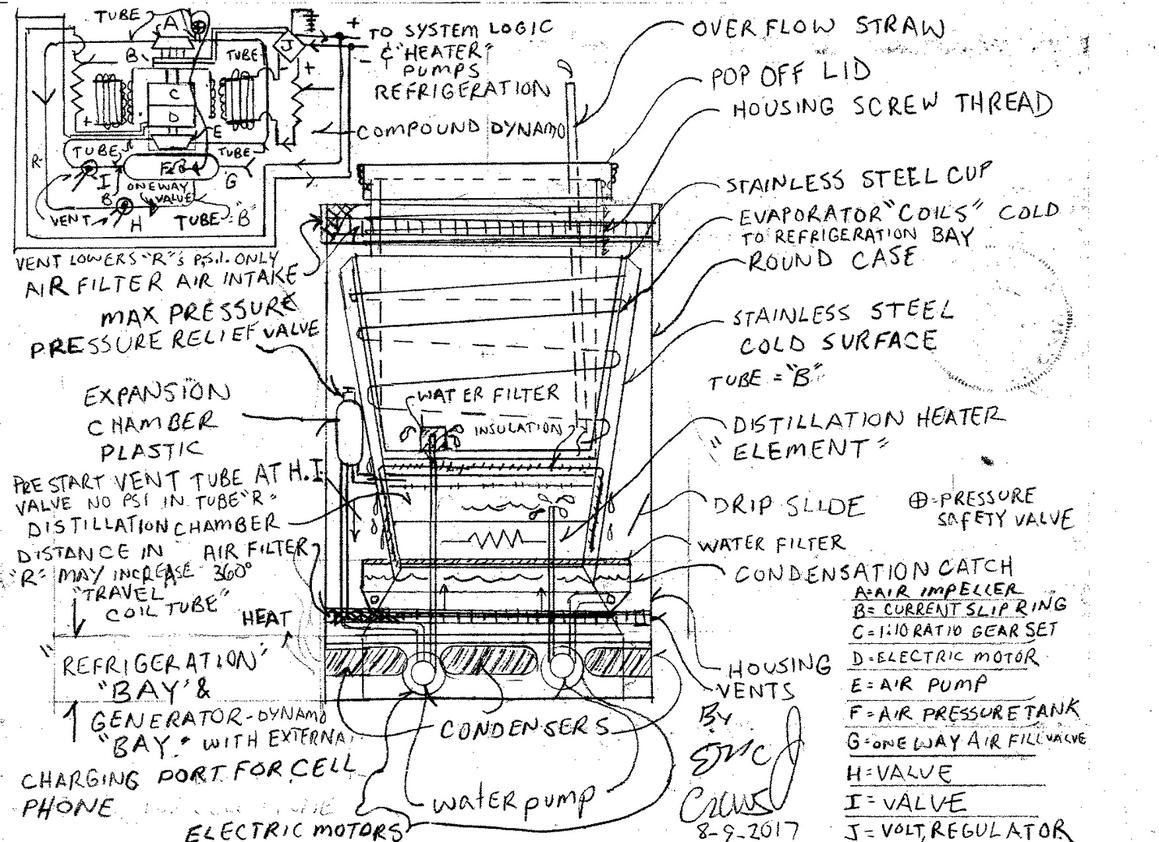