Description of the flow system and circuit......
From the battery current is derived and controlled in the instrument cluster yielding from the "hot" connection bar in number 11 then routed to the gauge and  on /off switch via number wire "bus" connector number 22.  With the system on this allows current to pass into the mapping  / logic control processing board number 10.  Number 10 powers numbers  7,8,14,19,and number 13.  So number 7 powered to say 500 R.P.M. accelerating the pneumatic compressor number 21 to 5000 R.P.M accelerating  120 lbs. of pneumatic pressure into impeller number 16 causing the rotation of number 13 to 20,000 R.P.M. due to the fact that the current in number 14 counter acts the resistance produced while generating current in number 13. The regulator number 19 causes a slight reduction in electrical current level in the stator in number 13. Number 11 is connected to number 10 by electricity conducting wires "hot" and "return", + / - respectively.

The pneumatic velocity flow post number 16 then continues to then impale number 4 (pneumatic impeller ) causing an acceleration in the Pneumatic compression / velocity producer cycle in the front assembly. So....20,000 R.P.M. impaling number 4 then accelerates the electrical currents effect in number 7 causing a higher rotational rate then also transferred to numbers 8, 9 and 21. The cycle can compound in the velocity rate then producing fuel less electricity as output.  Number 13 feeds a "hot" bar in number 10 and through control circuits then increases current level to numbers 7 , 8, 14, 19 and 13.  This is also a compounding circuit that will increase the final output of fuel less electricity.  Number 18 takes it's feed from the circuit post number 14 and is self regulating so that it will shut the  battery charging  system off when it's not required.  The battery charging system is then also sensed in number 11 then also reporting to the instrument cluster wire "bus" number 22 and levels then displayed on the gauge cluster that number 22 connects into. R.P.M. sensors report to the mapping computer and control the speed and dictate the rate and behavior of the mechanism.   The control valve number 1 is also activated at speed to allow the pneumatic velocity flow system to bypass the pressure storage system and is activated to cause "more" pneumatic pressure within the pressure tank when the system is shutting off to re-pack  / pressurize for the next re-start.

This system may be used on small scale to replace expensive electric automobile batteries ..( for "Start Up" ) .....this can reduce the cost of energy storage devices since most cars use lithium ion batteries that have high cost...we have designed this system to function on less expensive lead acid batteries and in addition the lead acid 24v Dc storage battery may be replaced with plasma toroid magnetic confinement electrical storage device....running hot or cold...?  :). This will assist in reduction of damage to bio composition elevated materials should automotive accident occur as the acid in lead acid batteries became a hazard for spiritual materials. "Flow field" or " Mag flow ", magnetic field flipping electric generators also remain as an option (No moving parts..except control switching..Field reversal with electrical pick up grid between magnetic field flipping... by current level intensity ). 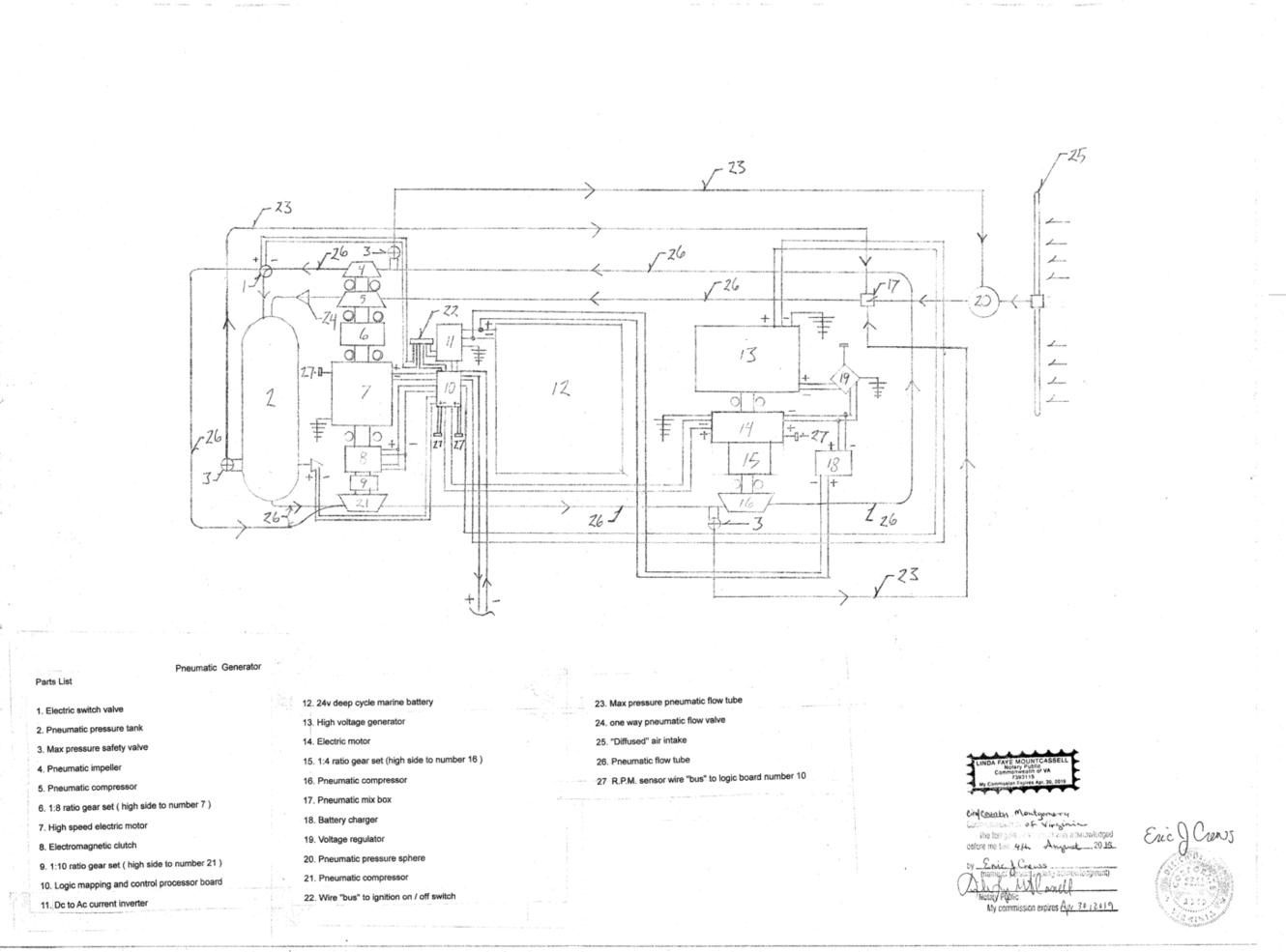