The following design system then intended to correct excessive atmospheric lift upon the Northren part of India then also Nepal just before the elevation incline of the Himalayas....

The forced evacuation of air then directed to the low land may be used in agricultural zones to reduce the use of pesticides then cooling the crops slightly...

The self sustained electricity production then in the "draft accelerator" then at http://www.designdeskinc.com/hydraulic-draft-cycle.html

the air chiller then also powered by the same design

The fibrous air filter the of the same construction as the "road rug" with design listed at http://www.designdeskinc.com/road-rug.html

The antenna then transmitting the sensor system also as a reporting device to indicate when system actuation is required. The sensor system will also report system fault should component occur.

The design then placed in multitude over massive area with the resource funding produced from the upgrade of the electricity system ie.... the sale of the fuel less generators that will reduce economic stress and Carbon Dioxide emission then correcting Climate Change and water availability.

As with any air transport system the safety of air flow from pathogen then being incurred within the flow tube is a critical issue to address... there are many methods to maintain the safety of the tubes... short burst of high temperature and also extreme cold or by injecting distilled air using the nitrogen... aerobic and anaerobic bacteria behave differently but must be kept out of the system... light may work UvC, UvA, UvB may also be implemented.... the flow tubes and systems components require maintenance and monitoring for harmful pathogen (virus), mold, bacteria etc..... 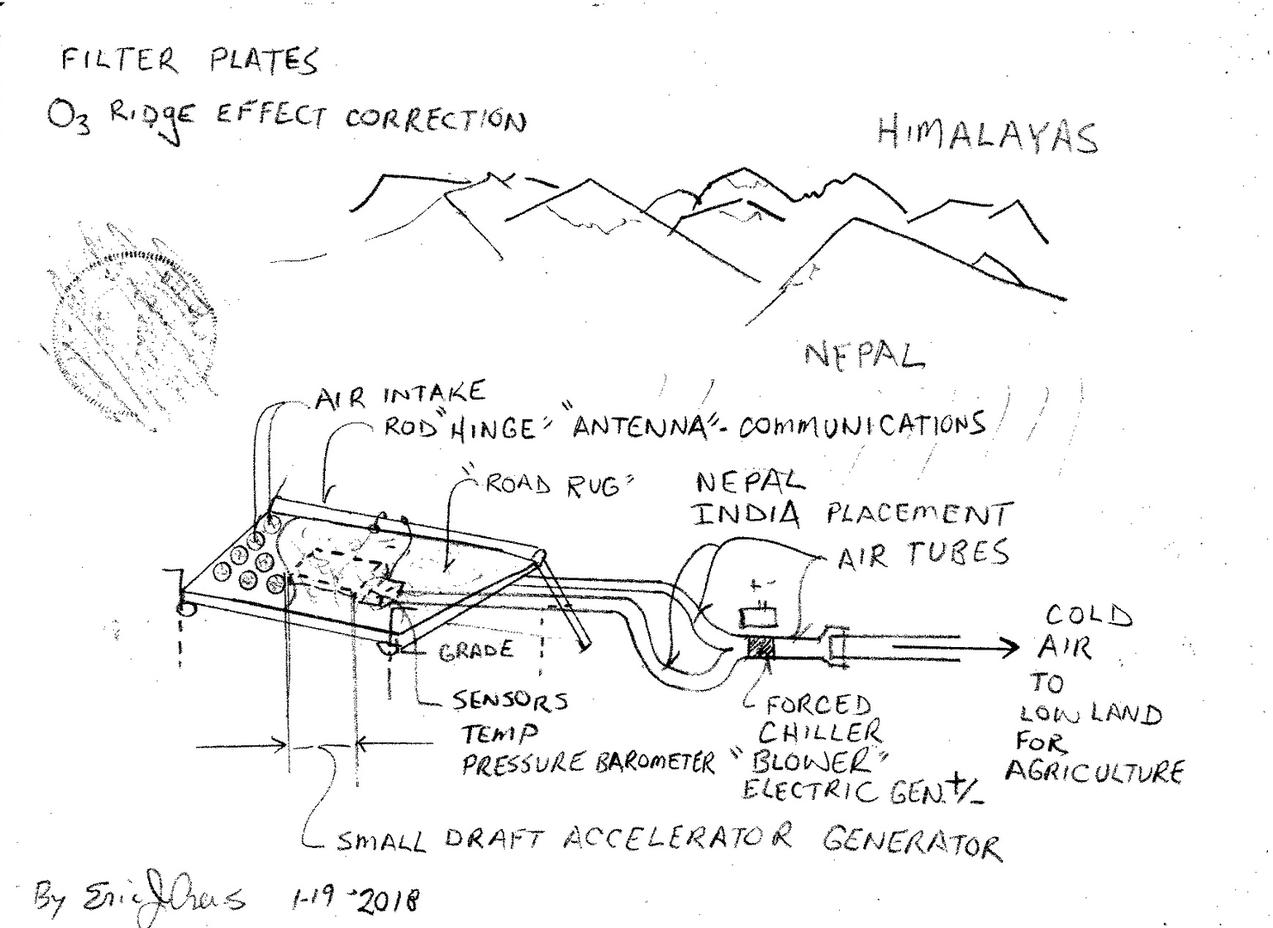