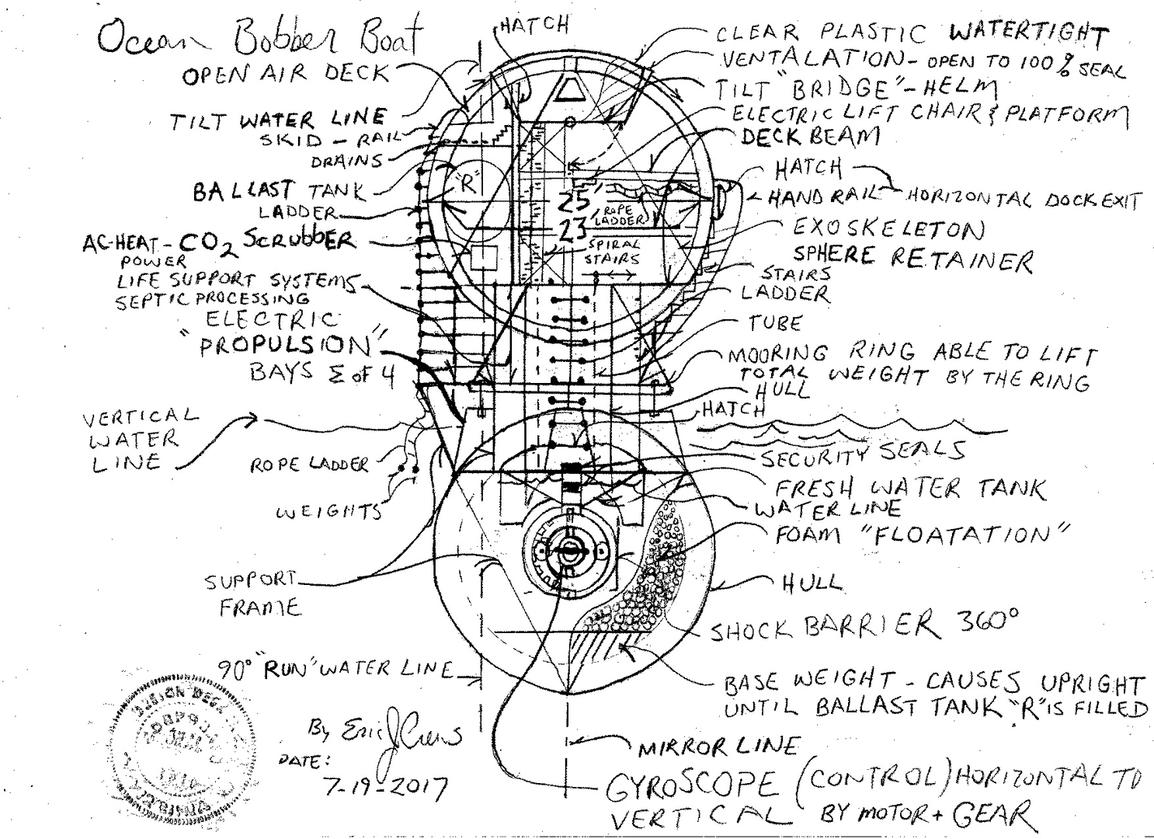 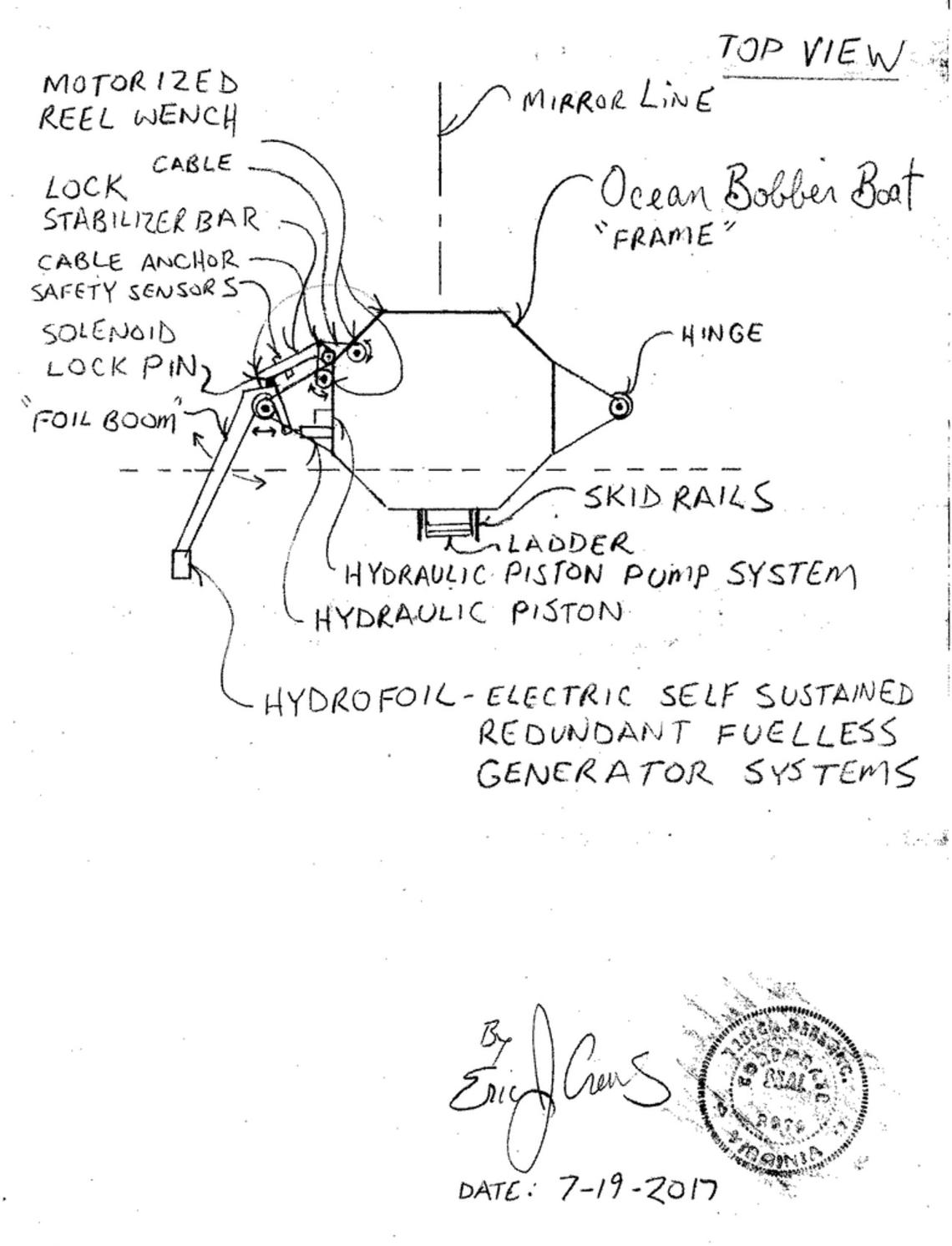 The "Ocean Bobber Boat" is a design system ( hull design ) that will stay afloat in rough water conditions. The lower "sphere" is then filled with flotation foam to displace water and also weighted to cause the vessel to up right itself in a continual fashion. The design system will also to travel in a horizontal fashion to then dock in shallow marinas.  The open air deck will have an outer catch deck with water proof padding upon it to prevent a fall should one go over the rail of the open air deck. The catch deck will then have as a safety measure a netting fence.... to catch a bounce...

When entering the boat when in the upright position as depicted a person should then use a clip on harness slowly moving the clip upward upon each rung as one climbs.... This will prevent an unwanted fall.

The design system has many amenities.

For horizontal high speed travel the hydrofoil system then will be able to lower into the water containing redundant power system with dual water motion jet systems . The water jet system control vector system the a single valving system that obtains it's water pressure from the main water jet flow system then being able to vector 180 degrees perpendicular to the forward motion of the craft.

For stopping power the water jet system will be able to slow in two methods. First the submerged propulsion bays ( sum of four then being bi directional propellers) will be able to then slow the craft. The hydrofoils only vectors forward  ( dual main line water jets) with  minutes and second adjustments then to cause left and

right ( port and stern ) vector changes.  The second method is then to blow the ballast from the container and vertical the vessel. Mechanical tolerances and the stress of the selection material critical within this design as the mass with inertia and the effect of speed must be factored within the final design.

A leveling system will be implemented when using the hydrofoil system via balance water tanks the distributed thru out the vessel. The lock pin  ( solenoid and pneumatic actuation) will have two positions ie for stow and for run ....The stow locking position will then also be the position for vertical motion with the required maritime lighting as per required.

For slow, controlled, "vertical to horizontal", positioning for safety.... an additional gyroscope then motivated by electricity below the fresh water tank at the center of the foam filled lower sphere.