The  "Motorcycle Thermal Protection System" is a safety mechanism for the fuel tank of a motorcycle. The sun in the summer then causes extremely high temperature upon any surface... This system is intended to cool the fuel tank then by drafting air through hollow plastic tubes with a tank mounted air filter containing a restriction valve to "lower" the intake air pressure while the air in the tubes is being drafted into the carburetor.

6. fuel tank gas cap - solar wick - drafts the tubes when the bike is parked vents from atop the solar wick

tank. The solar wick vents super heated air due to the albedo effect then using sunlight to super heat a

heat to then vent up and outward causing a directional flow / draft of air...)

16.  solar wick intake valve  "open to exterior air - to be "pulled" to the solar wick gas cap". The valve

is closed when in "run" mode to then pull air to the engine via air filter air draft (engine suction). 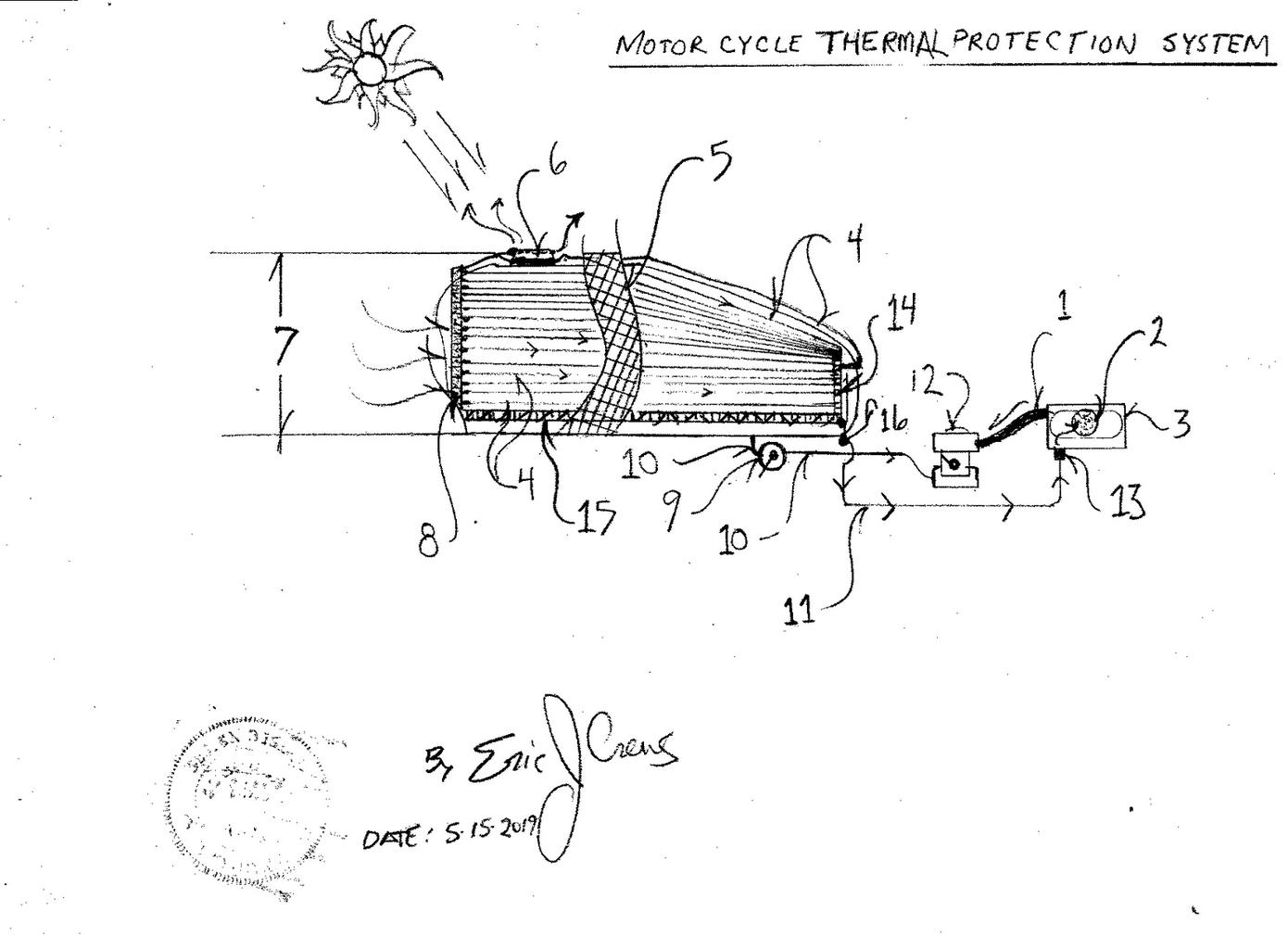