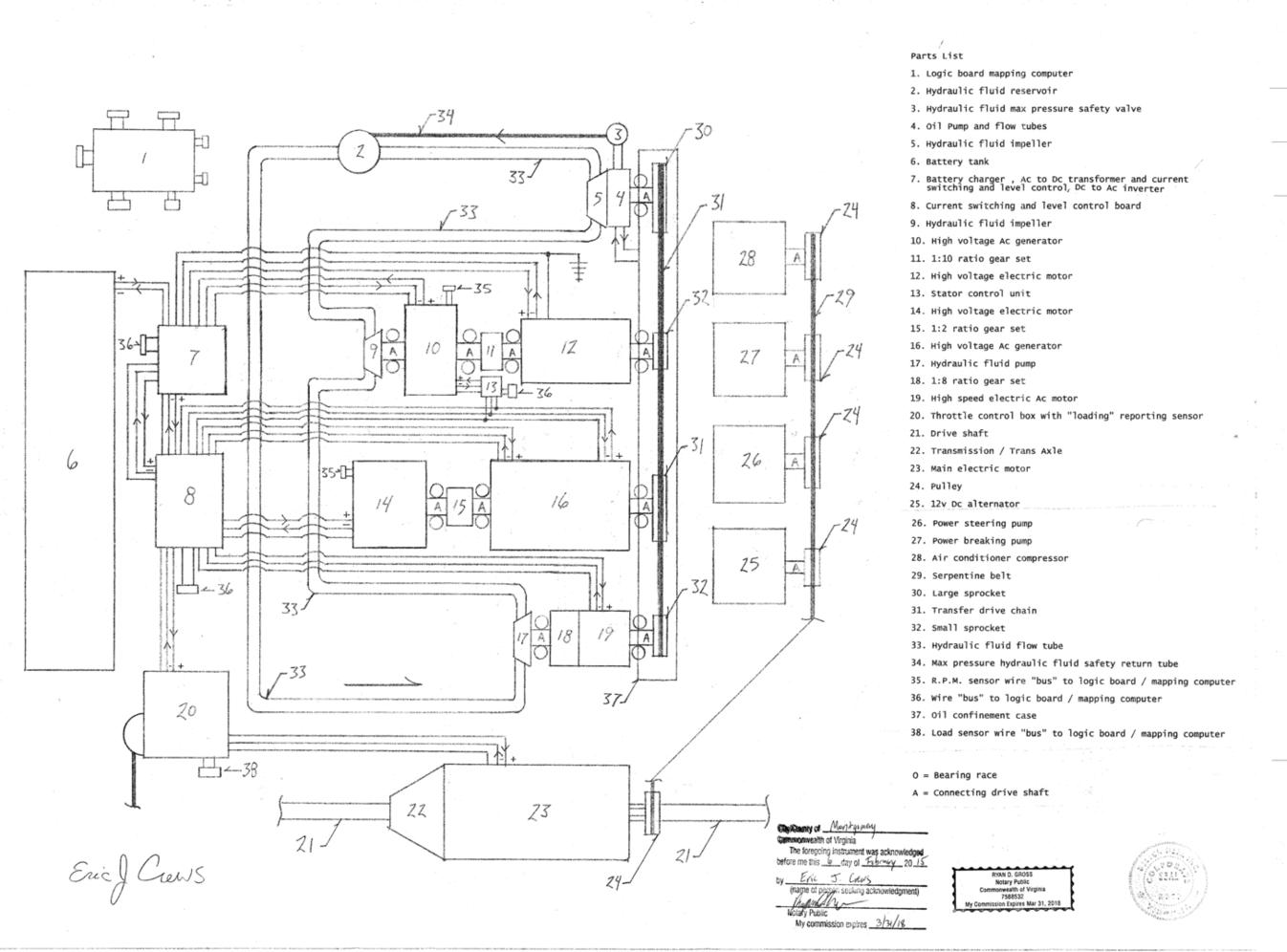 This system is a "run away effect" that is balanced by the Mapping computer. The system will adjust to loading placed upon it and accelerate the generator assembly to compensate.

* note * clarifications and corrections to the drafting:

Assembly 5,4, are attached to large sprocket (number 30) as well as assembly 14,15,16,30. Number 30, Large sprocket, is on the right end of the assembly containing number 14.
Their are two circuits from number 7 to number 8.  One circuit shows the wrong direction of electrical flow so reverse the arrows on one circuit.
Number 3 is for Hydraulic fluid not the oil.

Run circuit.......from battery number 6 to inverter in number 7 then to 8, then 14 causing number 16 generating feeding number 13 and 8 . number 8 then passes current to number 7 and then to number 12 rotating number 10 at great rate.  Number 10's output then to number 7 then number 8 then branching to numbers 14, 19, and 20.  Number 20 then regulates current to the Main electric motor number 23. The hydraulic flow causes a cancellation counter acting the resistance of magnetic fields while generating..... also causing a tilt of the system that is then pressurized my magnetic pressure within the electric motors causing forward advancement and greater current levels.