With an inclined effect of Climate Change so do we have increased flooding due to the increased water up take causing heavy rainfall resulting in flooding. The residual pools of water then become a hazard regarding mosquito gestation. Since mosquito carry many disease that endanger humans the following design is a system able to be used in remote location with out having to require great cost to perform it's function.

The system will also contain an electrical ground wire to then be anchored into the earth to prevent and inadvertent shock hazard. 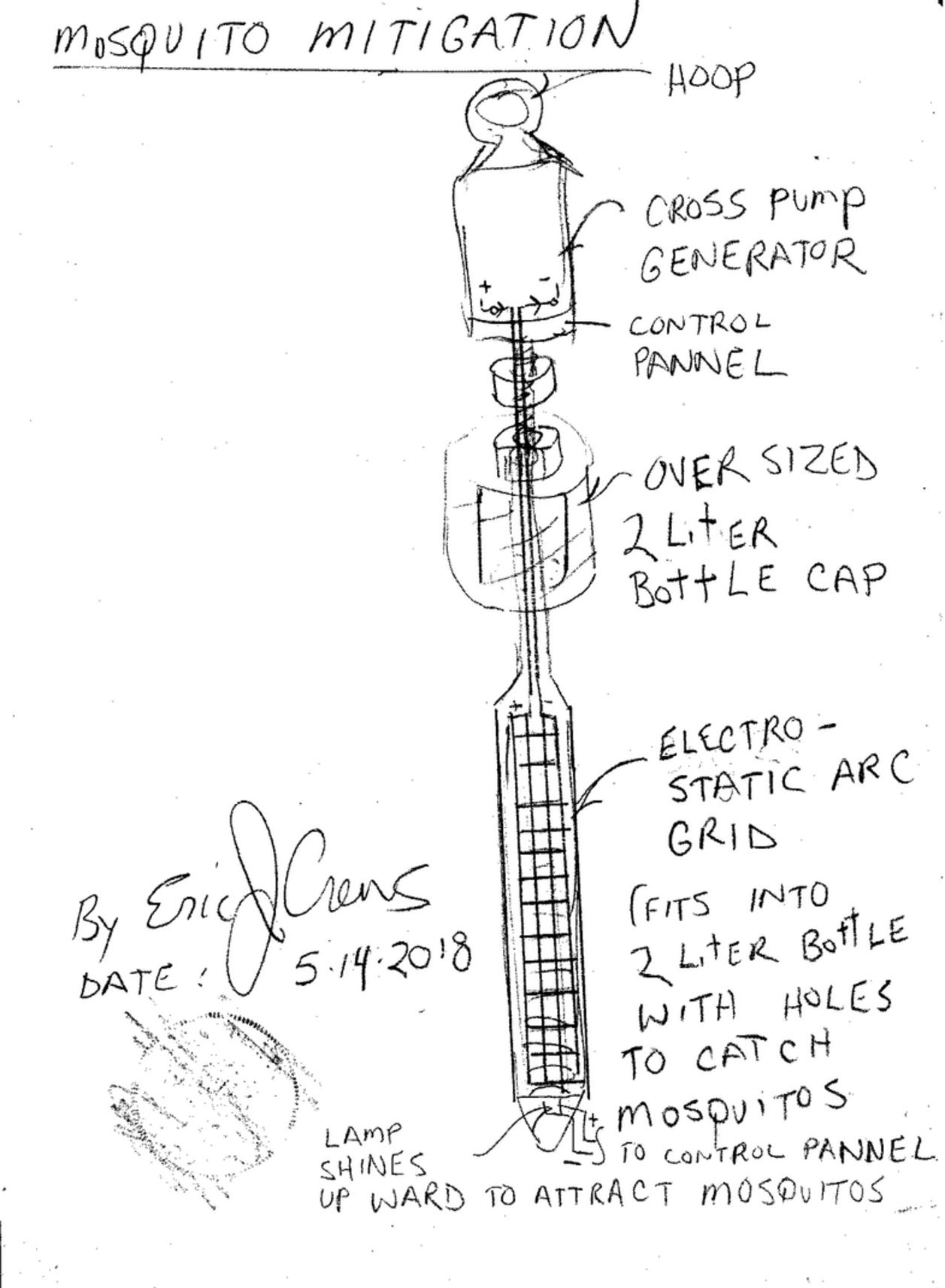