Currently with so many natural disasters regarding the changing climate increased search and rescue medical systems have become costly and at times not enough to then provide adequate service due to the nature of the current design system capacity or cost associated with performing the required functions.

The design is then also able to attach multiple service  "bays" to then act according to the systems installed. The flight system then may also be used for planting forest, fire suppression using Nitrogen derived from via air

stratifiers (http://www.designdeskinc.com/air-stratifier.html), and or to be used to transport  commodities for commerce. The interchangeable "bay" then has flotation able to support the craft in the water for ocean rescues.

force displacement to attain lift  .. acts in tandem with the electricity re-introduction system when the

8. outer circumference air flow pump causes updraft in the position as depicted at the same time that

the compressor transonic jet fan , number 11 is then causing pneumatic pressure and velocity in a

system incline rotation rates  producing electricity to then cause number 3 to become electrified. The

13. letter "J" then the same as letter "A" yet positioned and aligned to then become a vacuum pump

( the depiction is in the side view)

18. inner return air flow coil pipe - fed air pressure from J then the "vacuum pump" with the same
components as letter "A" pulling air between the baffle and the system casing to assist in causing
the "low pressure effect in the discharge chamber letter "G"

20. flow baffle - an air guide with holes in the length to allow lateral air flow into the vacuum system

also located in the venturi vented by letter "A" then as a system speed indicator R.P.M. system and within

49. generator air compressor transonic jet fan mounting ratio gear set so that a 1:2 ratio is attained causing two         times the rotation upon the electric  draft impeller number 48 and is tandem with the core connecting

rotation upon the larger output shaft/ pipe that tandem rotates with number 49. The input shaft the

tandem rotating with the draft impeller number 48 that is also an electric motor. These systems in

for the set rate of rotation by electricity to then incline as it rides atop the draft effect rotation.

off set failure rate per use hours

from outside the air craft

spring about the outer circumference of the hydraulic piston

force of microwave transmitter project in advance of the craft to then act as a field plow.

due to electromagnetic pulse)

72. main forward electromagnetic field pulse bouncer / electron emitter " launches magnetic bubbles to then by
force of microwave transmitter project in advance of the craft to then act as a field plow.

74.  yolk "steering " drives like an automobile with the addition of the elevator flaps then a

push or pull,pull causes noes up

80. canopy hinge and hydraulic piston assist to then lessen the weight of the the canopy

87. medical bay mounting points unions to the hull of the hover craft

and from the Acorn to then control the system functions

116. pneumatic control system  multiple coupling to then direct the generated air pressure to the

Letter "A" is then the compound electric jet Multiple array within the engine system ie. about the center

point if viewed from the top multiple additional letter "A" then in polar array. Letter "A" within

Letter "C" is then the air pressure recovery compressor fan

yaw displacement thrust are then four times about the center line, a polar array if viewed from the

Letter "F" is then the landing gear position

Letter "L" is then the systems "bay" ie... medical equipment required in an Ambulance,  or other function

using active harvest of nitrogen to quickly put out wildfires,

The flight system then implements heated forward flap design upon the upper flight  "wing" and  then "rudders", number 61 also then assisting in the flight of the vehicle in air or in water. Water propulsion then upon the hinges flotation system actuated by hydraulic pistons to then extend by hydraulic piston deep into the water to then keep the Medical "bay" at the correct water height.

The trine "Acorn" engine systems then are able to pivot and adjust the force displacement upon the spherical positional mobiles. The range of motion then hemispherical with redundant modus of position, electrical servo hydraulic servo , and pneumatic servo. The "Acorn" engines then contain their own power supply system and will not vent air as they are sealed flight system electric engines. The aft ( rear engine system then has full spherical positioning and allows the air craft to then implement the retro position as an air break). Number 98 is then an "augmented static compressor" upon a spherical positional mobile to allow for high speed extra atmospheric flight. The engine  design then being a seal flight system resist failure due to volcanic ash, bird strikes, icing , or engine failure due to hail.

The internal hull engine labeled as letter "D" is then also a draft accelerator electric engine system with a 1:50 ratio motorized electric motor in number 51 with the high side of rotation then causing the generator number 49 to advance at greater rate . This causes system incline advancement in electrical production then directed to the transonic impeller electric motor (circumference), number 48.

* Note - the lines are then flow pipes except where indicated with a +/- to then indicate a wire....

( http://www.designdeskinc.com/thermohaline-stabilizer.html ) to then, with large net, connected to multiple "flight spheres" be able to capture comets and or asteroids. The flight system depicted in this html then the human occupied craft  (monitor craft), with the flight spheres then unmanned. 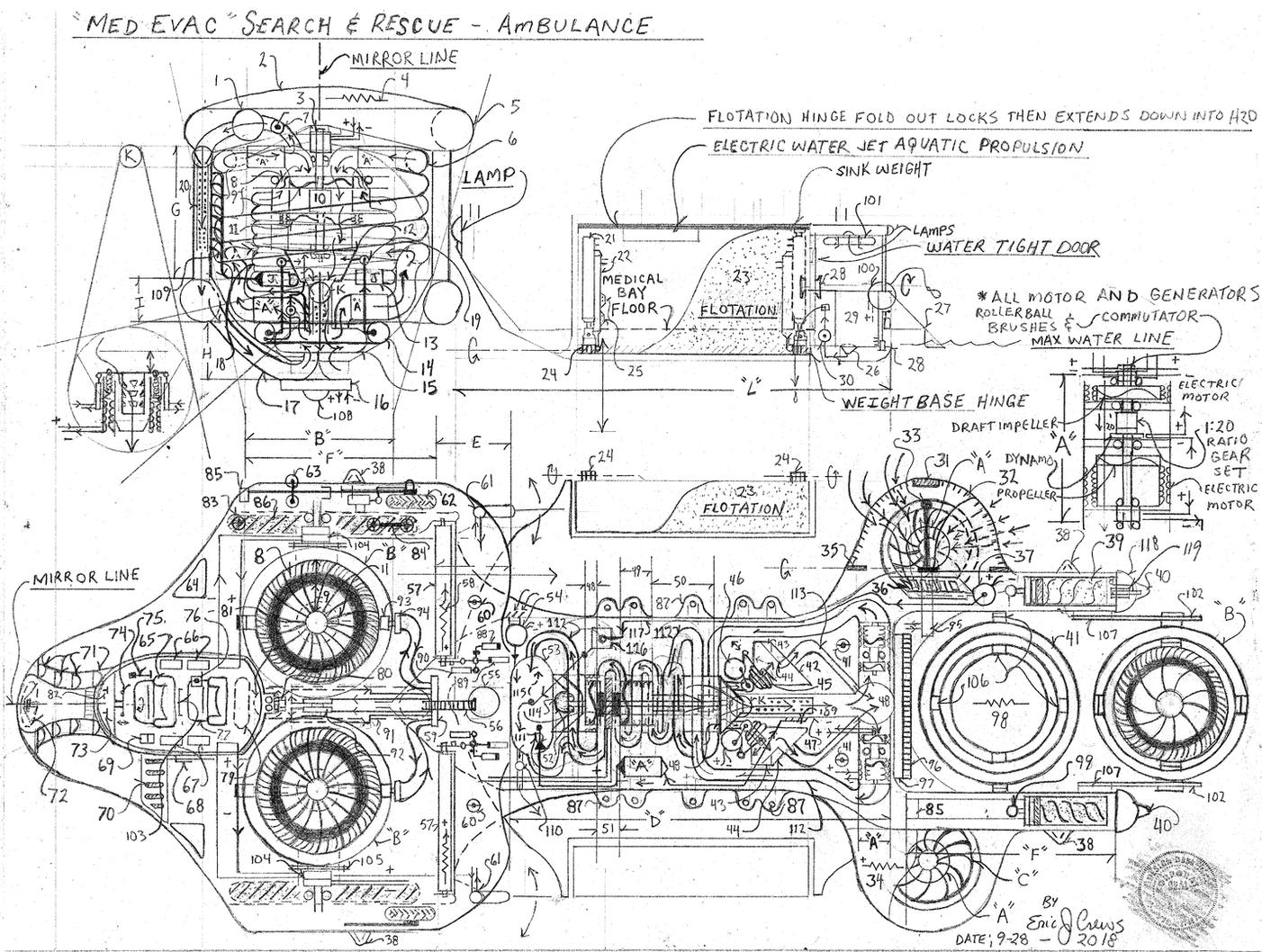 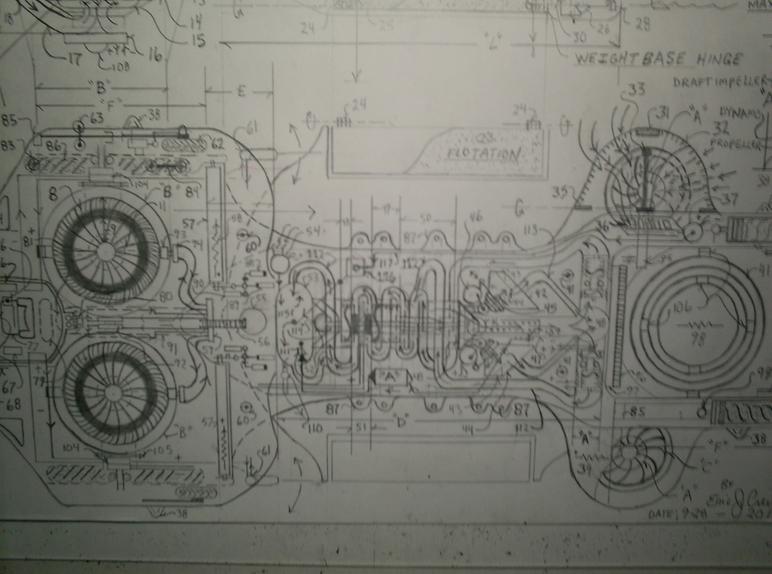