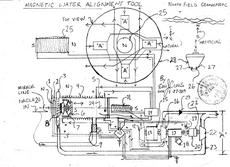 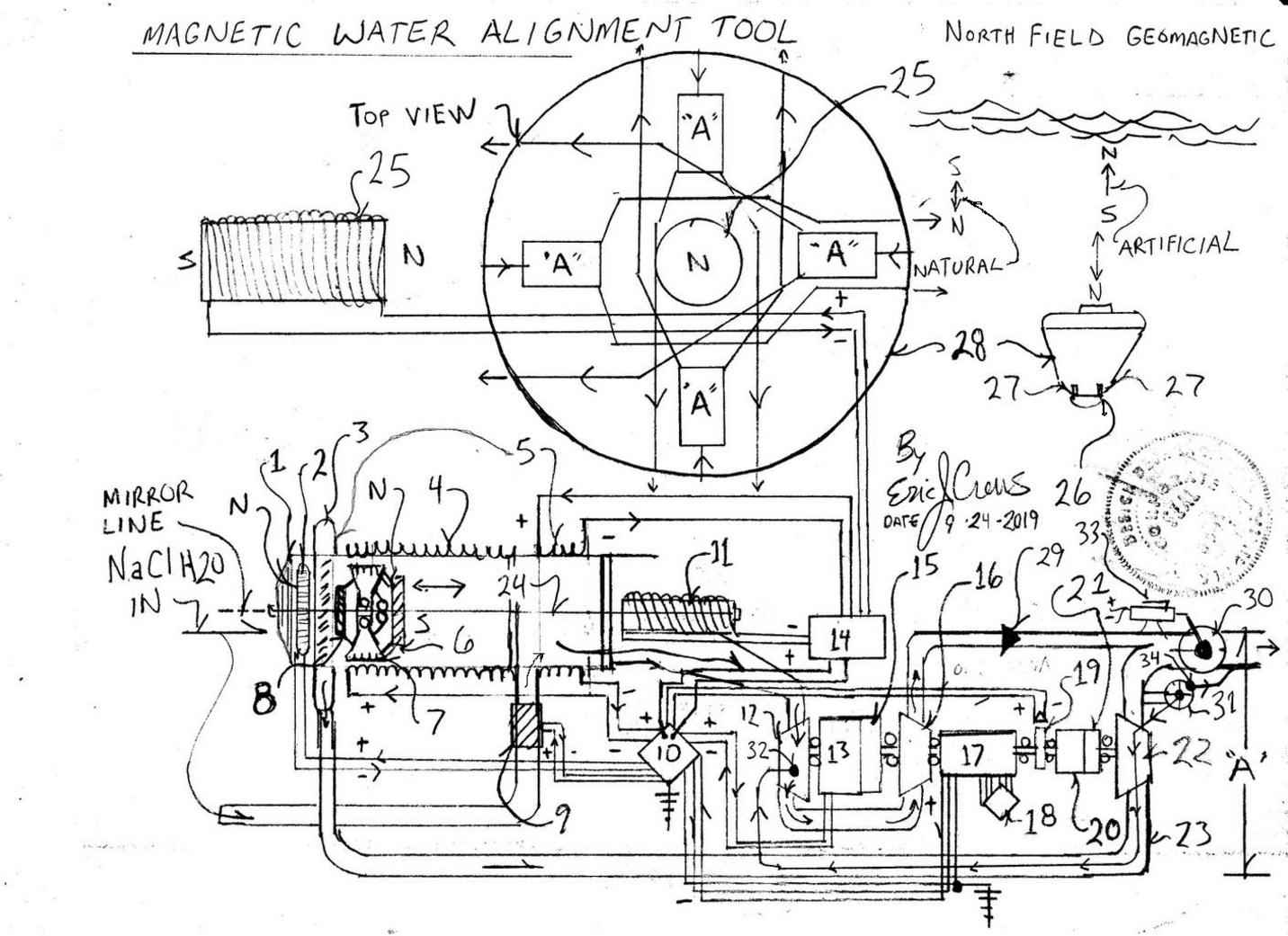 The electrical conductivity and magnetic alignment of the salt water molecule then slightly different that that of fresh water and might effect the base magnetic "dipole" ( magnetic polarity ) of water as it mixes. With climate change, fresh water inundation into the salty ocean, causes a situation that needs to be reviewed. Magnetic turbulence disrupts the total geomagnetic field so an alignment tool using a self sustaining power source might correct the problem.

the electro-magnetics) then produced by the "trip" switch, number 5

flow while the piston plate and water impeller, number 12 is high motion due to the "hydraulic draft

charging system to "Start" the system

circuits to "regulate the system speed

piston plate to "bounce" between the electro-magnetics, numbers 2 and number 11

number 12 - sum of two discharge ports one to the water impeller, number 12 the second to the

34.  pressure discharge injection tube - as the over pressure safety valve is opened in level of

actuation. The "level" of the sensor reports to the logic processor  (mapping control electronics) then

First stage discharge the directed to number 12 to then increase water pressure and speed of the generator's drive line by the electrical re-introduction circuit. Second stage then the water pressure discharge tube that by passes the "throttle valve number 30 venting to open water.

The sensor cross referencing the dampener valve, valve plate position that in it's natural position

electricity re-introduction rate.  ie...electricity from  the generator ( number 17 ) to the drive line electric

The maximum pressure level then by passing the throttle valve, number 30.

Letter "A" is the power production system to "electrify" the design also then the design's propulsion system.

The system is the same both sides of the mirror line.

Letter "A" then also under the core electromagnet with water intake from the top of the sinker to then allow the system to "surface".

to the system's electric drive motors numbers 13, 20, and according to "mode" of function number 4