Since this design is a flight vessel , then with weight being an issue, ( optional) a conductive synthetic coated electrically conductive fiber like spark plug wire interiors, will then be used in lieu of copper windings to reduce the weight for the solenoids and stator/ field coils.redundant windings for safety as a critical feature is each component twice within the same aperature / component. the system may also use a "super cooler" then tandem wound with the field coil windings in all components including the generating systems.

Just like a  jet's wings then to cause lift  ie. to cause lower pressure atop a surface lifting a vessel by greater effect of magnetism then with constant lift as effect in the magnetics to produce continual rise will then hover an object if the electrical power requirement then as sustained and with sufficient electricity levels then being high density fuel less production of high voltage electricity.

A person could then examine in the logic reduction .... weight of vehicle plus cargo then requiring a fixed force to lift the "total" weight of the vehicle... if magnetic lift then with resetting higher attractant continually will allow the weight to be overcome and additional up ward "pull" ( attracting magnetics) , will then give rise to the vessel. If total weight loaded (50% of solenoid ability), then the upper magnets that attract then will cause the vessel to rise.

Repeated "banks" series of these systems then with elongated height to then operate in sequence with then give a "hover point" ( right before the inertia then reverses ) to cause a "bank" selection set to readjust for the next rise push. The alternating sequence then in repetitive fashion. The  solenoid systems then a continual lift effect allowing for the magnetics to adjust as required to then cause lift ( magnetics may change intensity when re-positioning ). the extra iii in pivot  well  hmmm :) number 7 and 5 are  pivot hinges...  eigh eigh eigh hahha oh boy!

The "lift System Riser" then also tandem mounts to chassis mount , number 1 then operating in sequence with the rest of the design system to provide lift in constant fashion by then off staggared activation of the "risers" lift solenoids. The system is enclosed.The riser pole may telescope via hydraulic expansion piston ( internal ) also then with the "riser system used to vector ie .. forward propulsion reverse left right diagonal ( hinged ) ...etc  with redundancy for positional vectoring  by assembly and redundancy in individual assembly electronics ( ie two operational circuits per redundant application.

Along the length of the vehicle then being  additional solenoid banks that stagger lift as depicted below. The offset actuation then to provide constant lift by electro-magnetics.  The below depiction then  a single "bank" of solenoids then positioned upon the length upon both sides of the vessel or about the circumference if the design becomes then as a circle. the hull of the vessel then is mounted to the letter "D" and also to the letter "C" so that a connecting hard lever linkage then will cause the positions to reset themselves with in the intent of continual operation... ie. so "D" is fixed mounting to the vessel hull...  "D" is then sent upward when it's internal field coil is electrified. This function then causes by mechanical linkage lifting  letter "C" to position high to begin it's lift cycle by the dragging upward field coil letter "A" also attached to the hull with shock absorption system .In the depiction below number's 1 and 4 then are operating simultaneously and numbers 2 and 3 are then simultaneous.

The design produces high magnetic fields and the fields must be 100% contained redundantly,  for occupant safety. 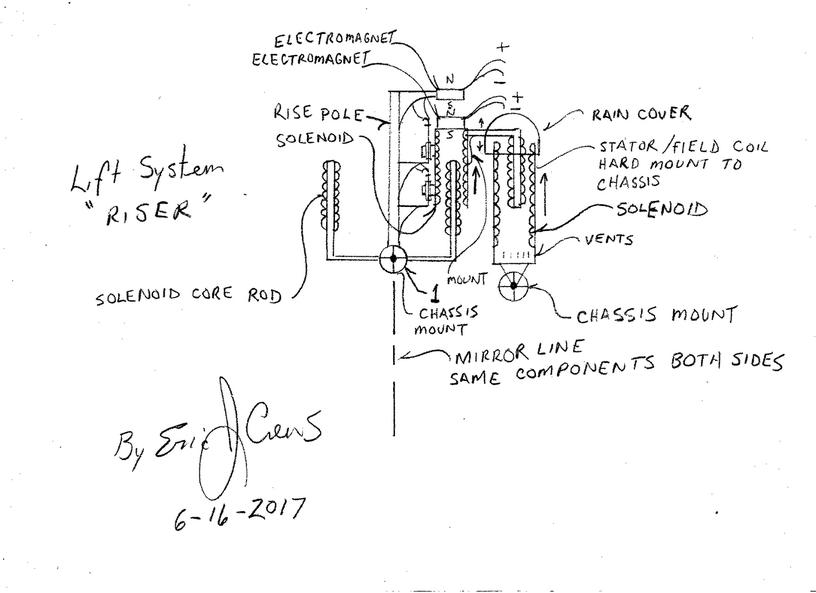 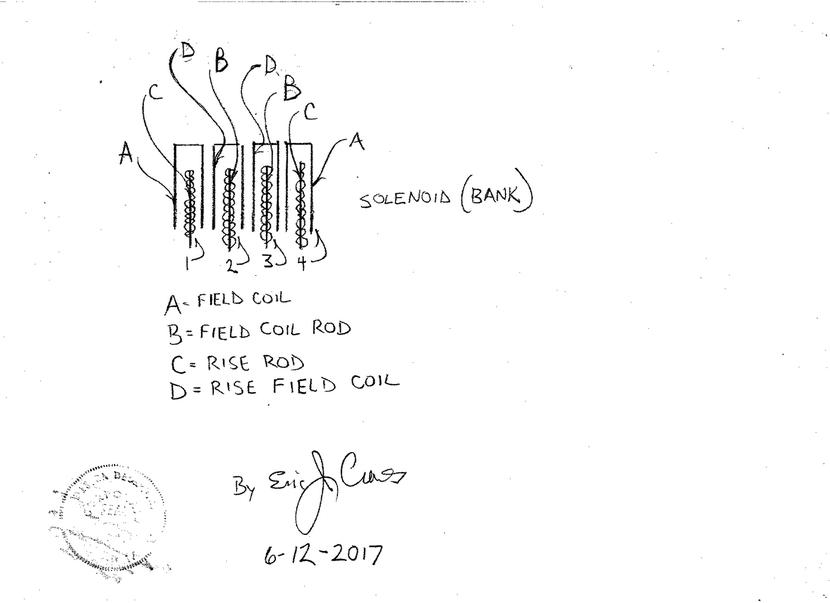 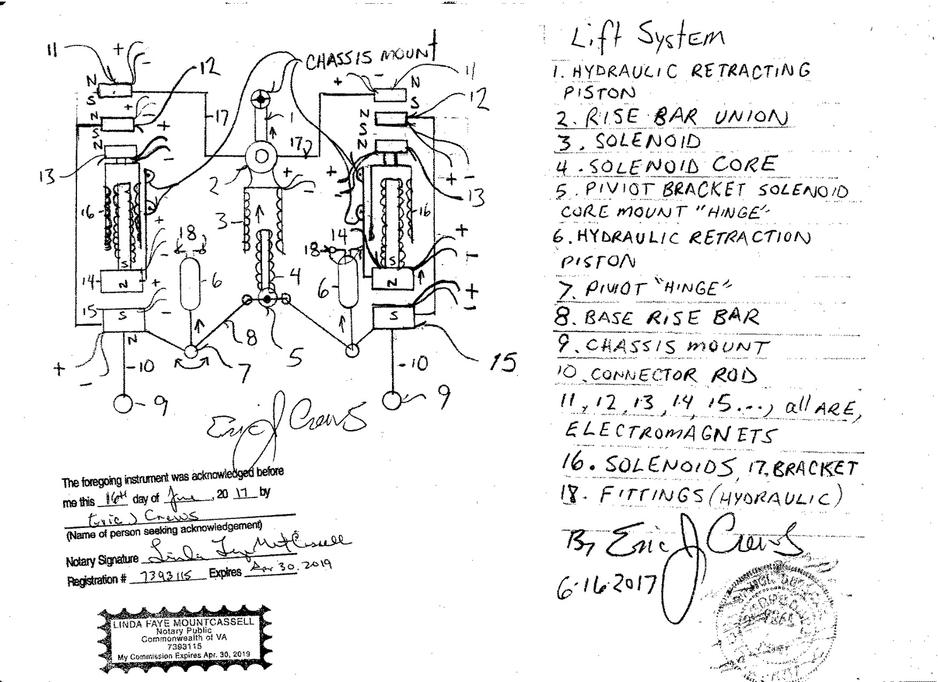