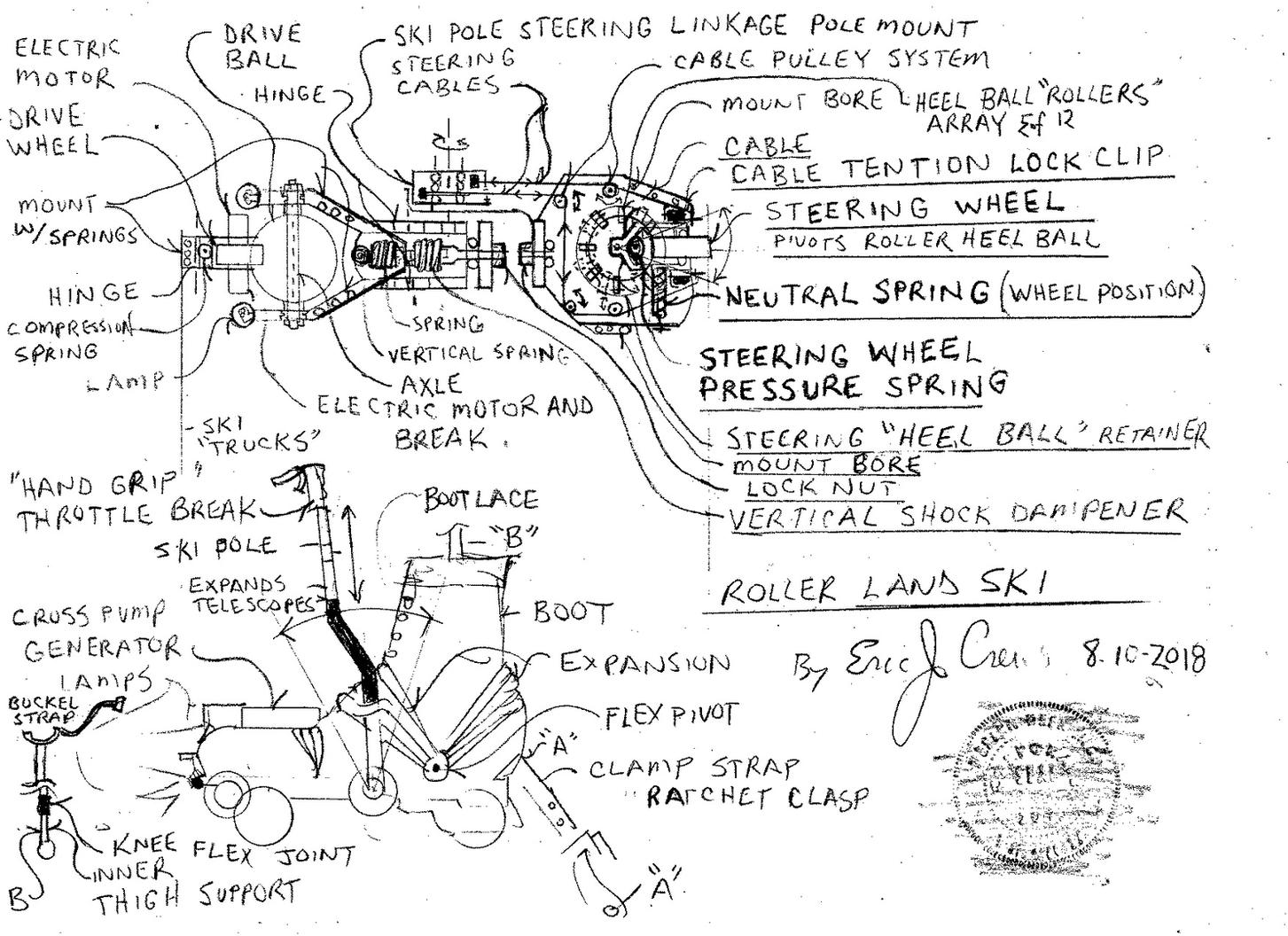 The following design is then acting a a snow less ski system. The rear roller ball then with the guide steering wheel is directed by the ski poles position altering the rear ball roller wheel that also contains the hydraulic disk breaking system actuated by the lever on the hand grip upon the ski pole.

The ski pole hand grip then also contains the potentiometer  "throttle" to then direct electric current from the boot mount cross pump generator to then electrify the drive electric motors located upon the underside of the toe of the boot. An electric gyroscope that contains a high rotational velocity mass wheel then acts as an inertia stabilizer rotating horizontally), when using the breaking system mounted upon the heels of the boots.

The system is the same for the left and right boot then upon a mirror line reflection ( the left boot truck is depicted...).

The system is weather safe.

The thigh support system is also tandem for safety with a tail bone protector plate that union joins to the leg supports and prevents hyper flex or over extension for the persons range of motion as a safety augmentation.