The following design system is intended to cool the surface of the ocean in front of tropical depressions to lessen the up draft of hot humid air that leads to large hurricanes. The design systems uses a column of sea water to produce electricity to then power a Nitrogen (N2) , "supercooler" with cooling exchanger to chill the environmental air. Cold air system listed at http://www.designdeskinc.com/air-stratifier.html

The column of water then uses gravity an a "falling head weight" ie. the water within the central chamber like a pistons surface causing suction to the pull return water from the generator systems to continue the "working fluid's cycle. The fluid, sea water's flow,  derives electricity by siphon and hydraulic velocity compoundment with an electric counter tilt upon a ratio gear set.

So effectively a "gravity drive" is the result to then cause the production of high voltage electricity to be applied to communications, navigation, propulsion,   environmental controls (HVAC - for occupants chamber if required). The electricity then produced applied to the systems functions..., such as;  ballast water pumping,  lighting, blower motor, super-cooler, hydraulic fluid control... etc...

A percentile of generated electrical current then re-directed to the electric motor upon the generator assembly to "wind out" the rotation ( R.P.M. keeping the mechanical tolerance for elongation as a factor in the performance dynamic of function).

Letter "A" is the the water column height when the hydraulic pistons are extended.....

The electric motor for the cold air blower may also implement a hydraulic ( sea water) impeller to give rotation to the blower fan within the system of return water post generator cycle then being motivated by the "falling head weight" suction of the water column falling....The flow once at sufficient velocity may also be used to motivate the refrigeration compressor via hydraulic impeller... redundant systems functions as a feature a good idea.

The same said fluid flow may be used Oxygenate the ocean to increase marina or coral health... even able to be used to clean sediment if required to then remove  toxin from farm fertilizer "run off" then reversing dead zones.

The system in tandem with the design listed at http://www.designdeskinc.com/solar-radiation-diffuser-satellite.html will lower the numbers required to then bring the total system cost of production into a reasonable range ... the units do not have to be massive in size allowing for a larger distribution of smaller units.

The same above depiction then a cross-section of a cargo ship train tugboat system with the individual train car boats then amphibious vehicles.  The gravity drive the compounding weight into electricity to lower the cost of international shipping . The increased volume of cargo then is attained and transported upon a fuel less electric cycle. Other generators system may accommodate the train car/boats with individual navigation and propulsion upon each trailing connected tug boat trailer. The advanced semi tugboat the with 8 gravity drive water column siphon systems.

The above "tower" system is the same as the top schematic flow system.      ie...  it's the same plumbing ( yet with sea water not silicone oil within the system ), and is polar arrayed from the top view center point about the circumference of the sea water rise water column.   It's critical to understand that the vacuum is increased within this system within the top of the rise column causing perpetual electricity production.

Note - the system when using salt water ( NaCl H2O ) the flow might produce mild hydrogen due to the static electricity (hydrolysis), from fluid flow.. the timer required vacuum / purge from atop the salt water column will solve any problem also a fault safety hydrogen sensor will be required to monitor for the gas in the top of the water column chamber... 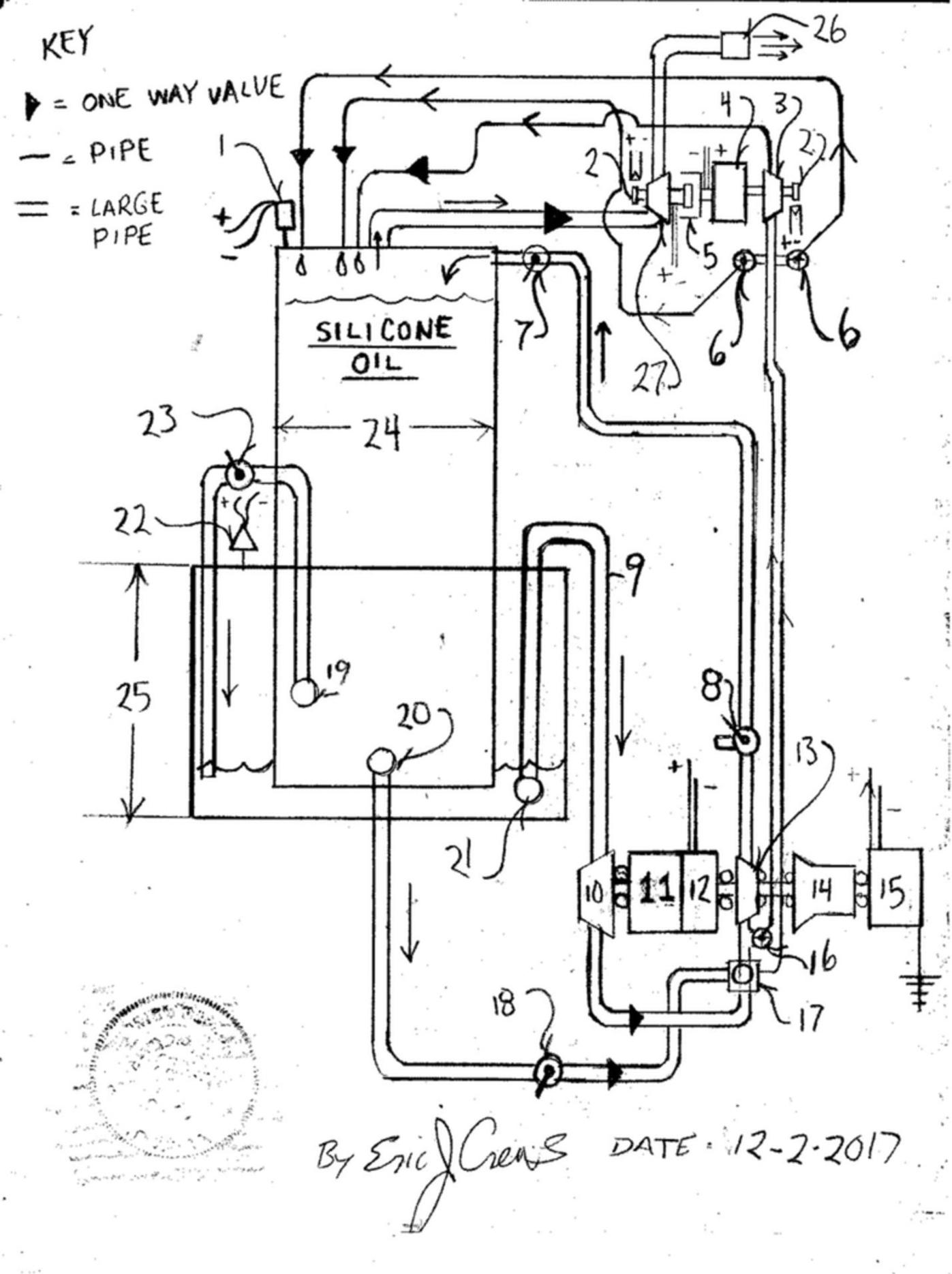 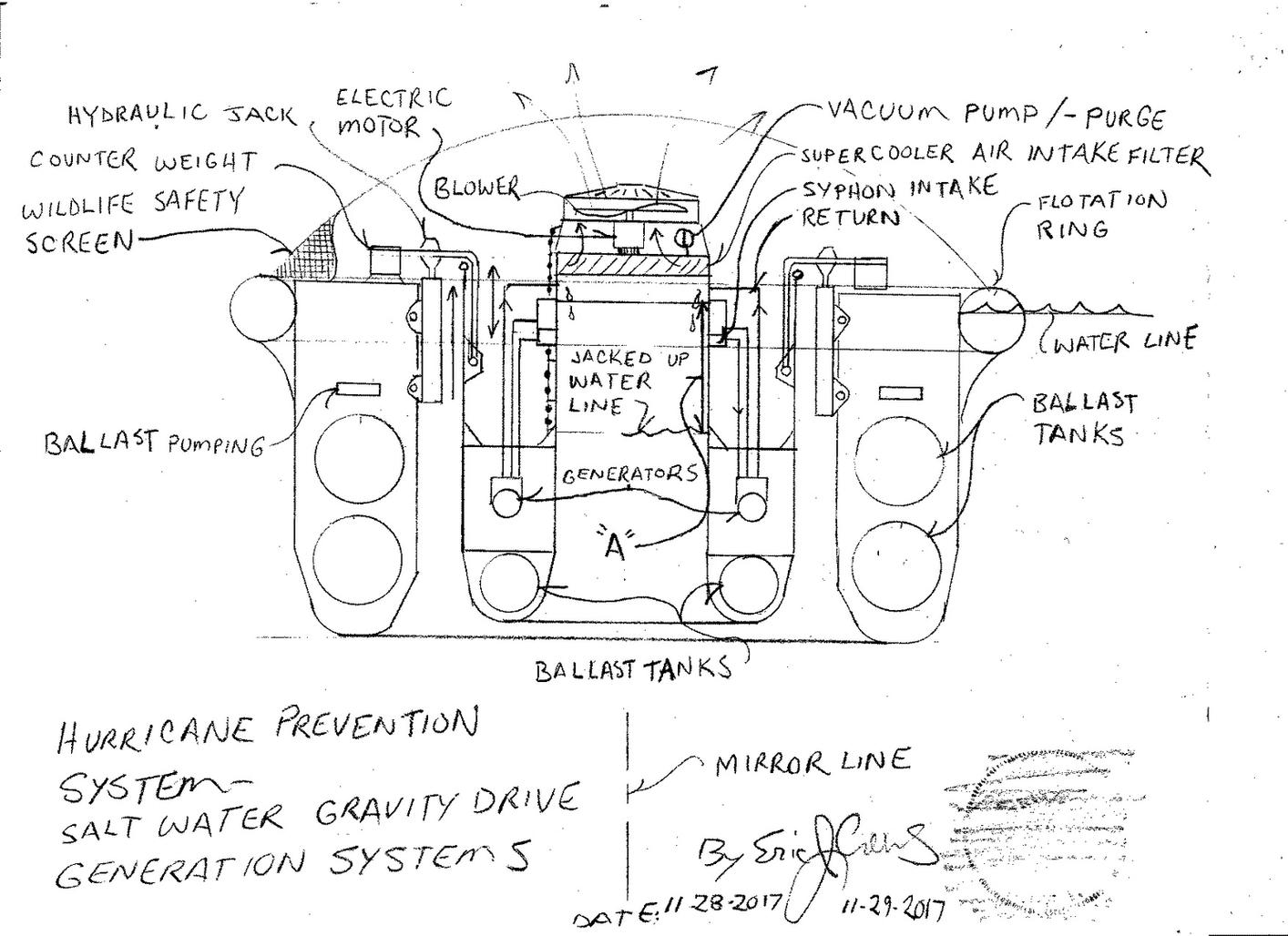 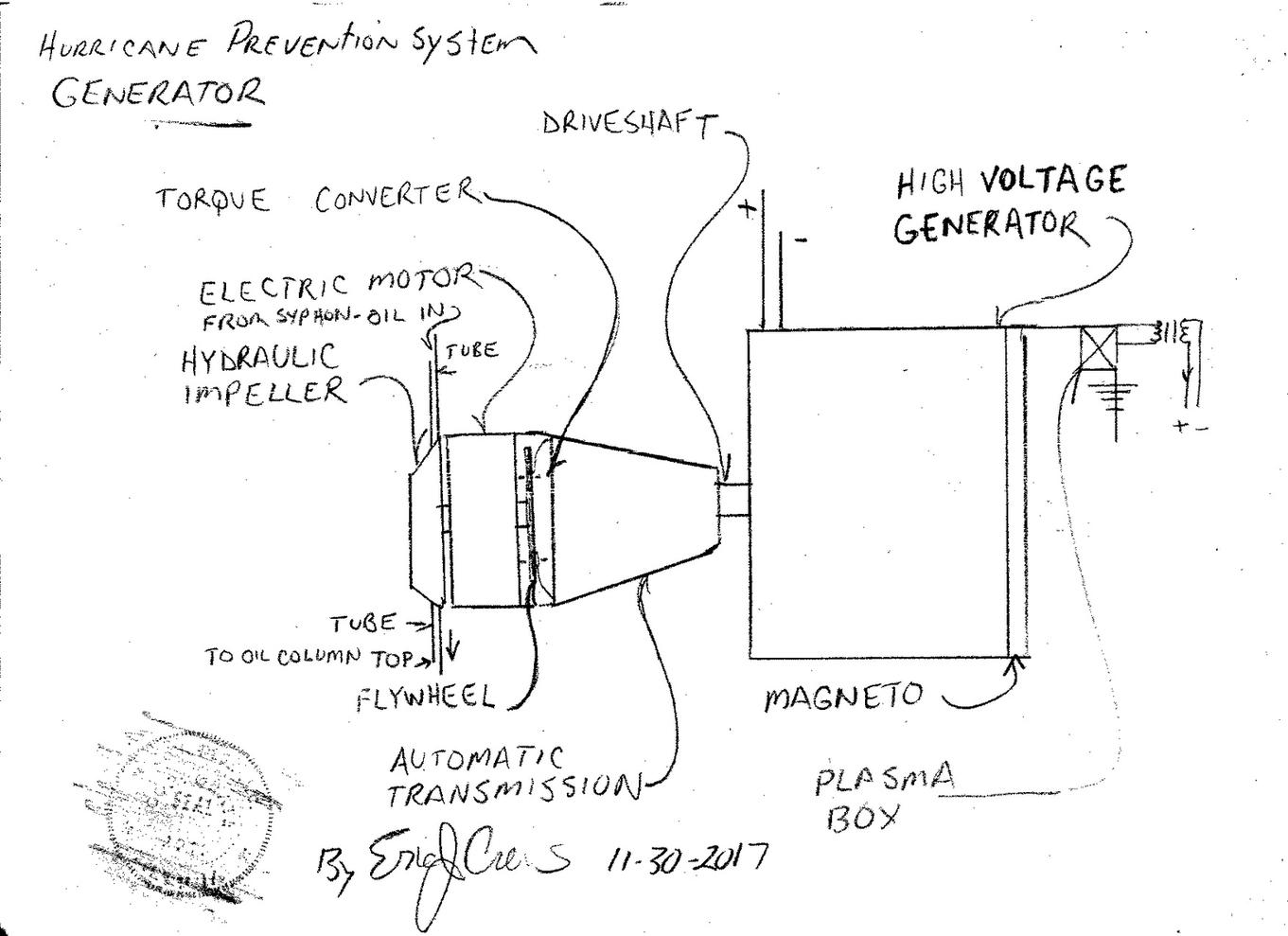