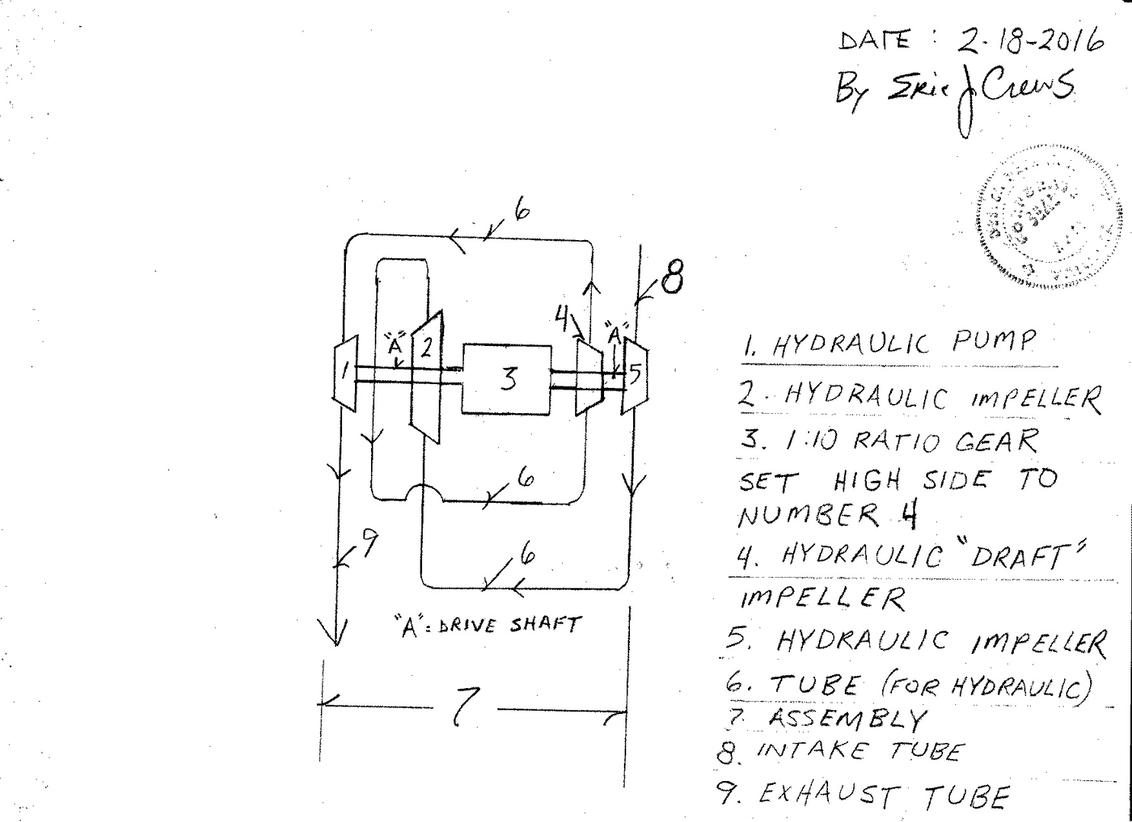 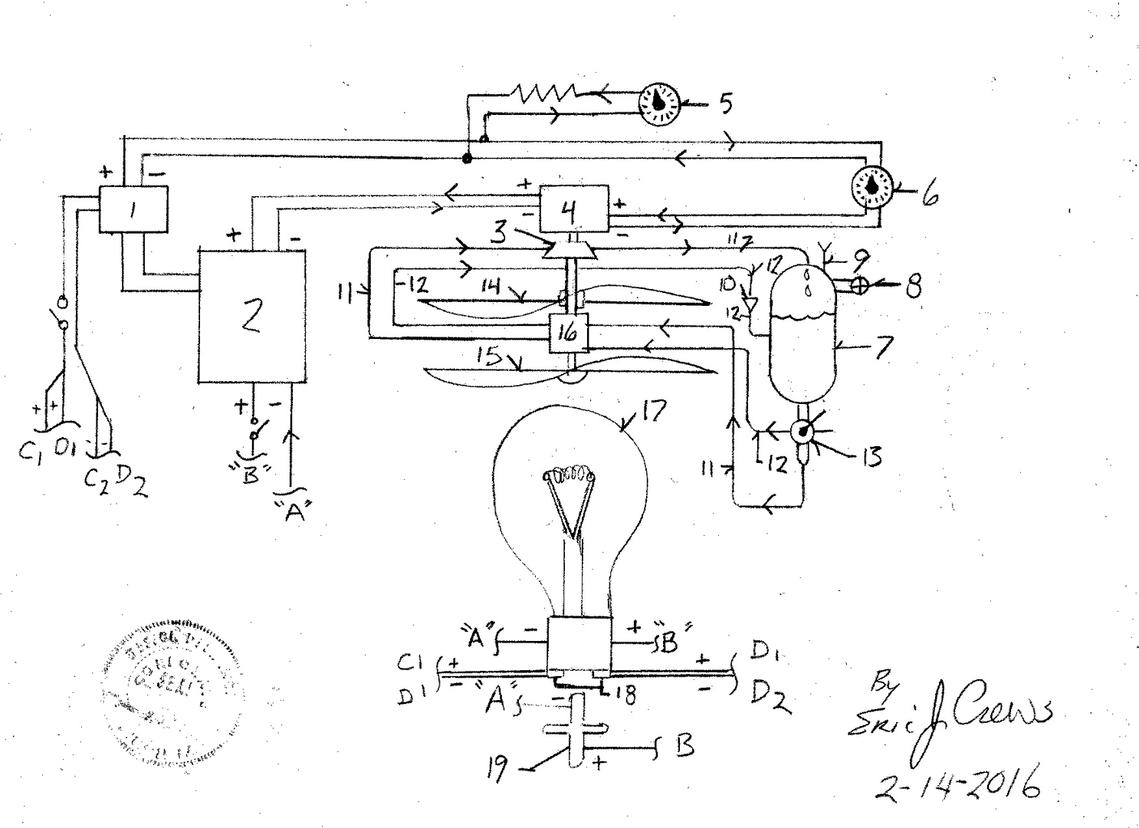 The "Hot light" is a self powered lamp design to then also cause forced air heating as a safety system in inclement weather when power outages occur.

The lamp will pull filtered air from orifice ports at it's base then to vent hot air before the lamp shade  level also then being so that the blower mechanism as depicted will be contained within the lamp.

Number 14's air velocity vector displacement is then up ward with number 15  then drafting within the accelerated air flow. Air flow then displaced from the lamp horizontally.

Power from number 2 then travels via "wire bus" to number 1.

Number 3 then drafts hydraulic pressure causing the compound cycle to increase in rotational rate then producing more velocity hence more electricity.
The hydraulic impellers within number 16 are upon both terminal ends of the ratio gear set. [ ie. one hydraulic impeller on the low side and one hydraulic  pump / impeller ( dual function wheel )  upon the high side]. These advancements in drafting the hydraulic flow system in addition to the drafting via propeller system also cause the magnetic "pressure" Number 4's electric motor ) to then advance it's "zero point" ie. ( rotational start point / per rate / magnetic pressure )  then applying the advancing "zero point" in addition to the compounding rotational rate increase.

The draft impeller ( number 15 ) then is being rotated also by the air flow counteracting the effect of increased rotation within number  16 and the resistance produced while generating electricity from magnetic fields in number number 4.

* Note "A" * -  Also may be inserted upon the flow tube number 12, post number 16 and before number 10 an additional permanent magnet dynamo attached to a hydraulic impeller driven by the fluid flow in the said tube  rotating the high side of a ratio gear set at 4: 1 ( 1 being the output rotation then connected to the additional dynamo ) with the electrical out put then directed to the internal application for system functions... or as a charging port ( power receptacle / multiple voltage

The above system uses sealed dynamos so that they not to vent any ozone....

System may also be great for Greenhouses...... as it may provide heat electric light and electricity for powered de-humidification.

The terminal end of the light bulb may also then be used for fluorescent plant lighting for the greenhouse applications. the plug ( terminal end ) may be in-line and or at a 90 degree angle from the horizontal fluorescent bulb position.

The assembly directly above is then called the "re-pack pump". The additional unit may then be installed upon flow tube number 12 then before the  hydraulic  return to the combined oil / air /  pressure tank yet post the additional compounding dynamo system upon the hydraulic flow tube number 12 ...so that the draft of hydraulic fluid occurs at high rate accelerating the additional dynamo assembly ( listed in * Note "a" * ) . The system also contains an "all stop" safety "tilt indication switch to shut the system off should its position be disturbed.