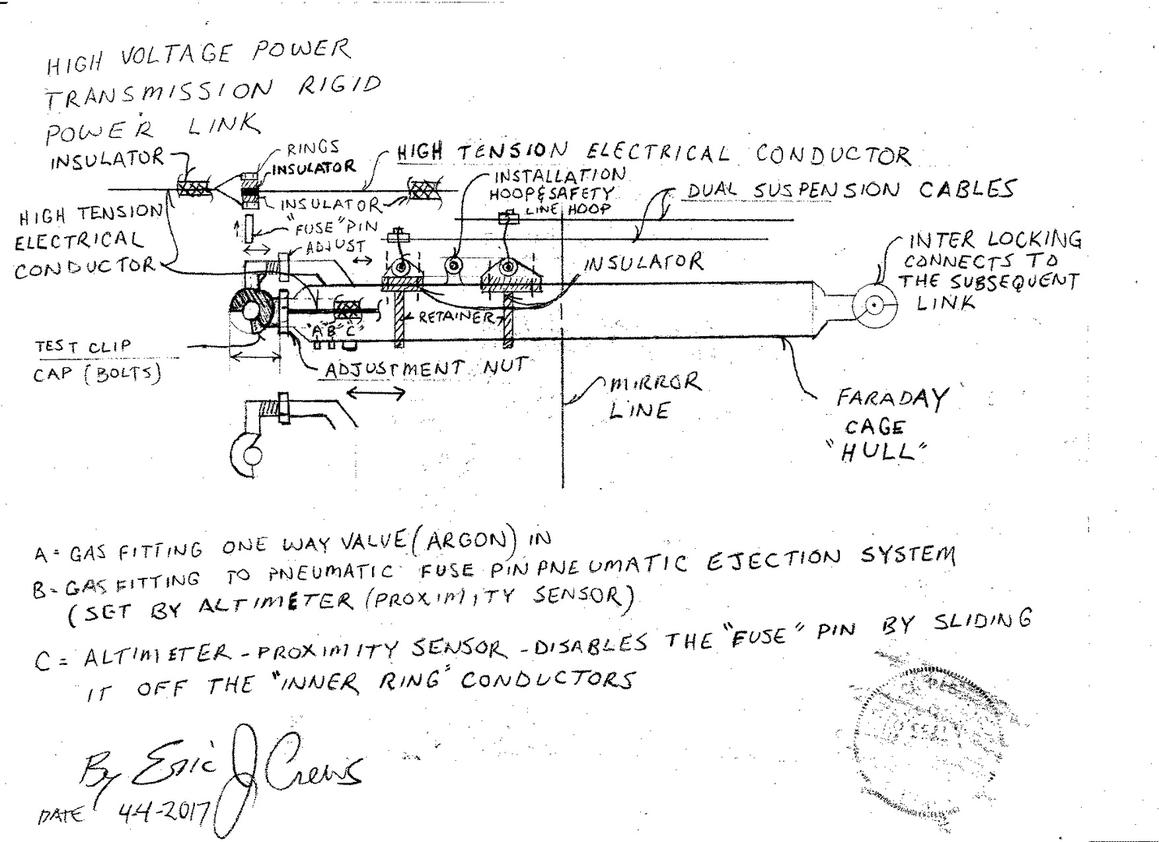 Following please find an advancement for the "Utility" grid electrical power distribution system. The design is intended to intended to insulate the power transmission conductor from disruption of the effect of induced current due to Solar Storm , then providing a safety system for the massive numbers of transformers that the electricity "grid" is using.

The design system is also then able to de-activate itself if induced current is detected  by using pressurized  Argon ( inert Noble Gas ) to then pneumatically disable the power conductors "fuse" and yield the transmission "line" disabled then protecting the expensive and massive numbers of transformers.

Additionally a circuit breaker type system may be used however the life span of and functionality of a forced circuit breaker  ( not measuring a line current ) rather measuring  induced current gain due to C.M.E.  Coronal mass ejection or stellar E.M. ( electromagnetic pulse) pulse may be more cost effective in the short run but  the system by solenoid activation ( causes the circuit breaker to knock out the "pole fuse" / "fuse pin",  rendering the line current  null, may have problems in  thermal proformance.

The altimeter sensor will also actuate the pneumatics to dis-engauge the "pole fuse / fuse pin" disconnecting the electrical power transmission line conductor ( "wire" ) , when and if the wire conductor falls to the ground. As the active sensor remains on. The communications system and re-route safety design ( compensating circuits redundancy ) can aid in tamper prevention by requiring a request for actuation. If no alert is then sent to the encryption device the system will re-route. Communications with the designs internal circuits,  to allow the system to dis-engauge, will then required multi point activation with combination encryption tandem active ( to

For security measures to prevent tampering or un-authorized activation of the pneumatic ejection system the system may communicate with encrypted locking code to the allow an operational station to enable or disable the system as in the current day the level of Solar observation is constant and an incoming C.M.E.  can be detected  before a coronal mass ejection could damage the power "grid" by induced current.