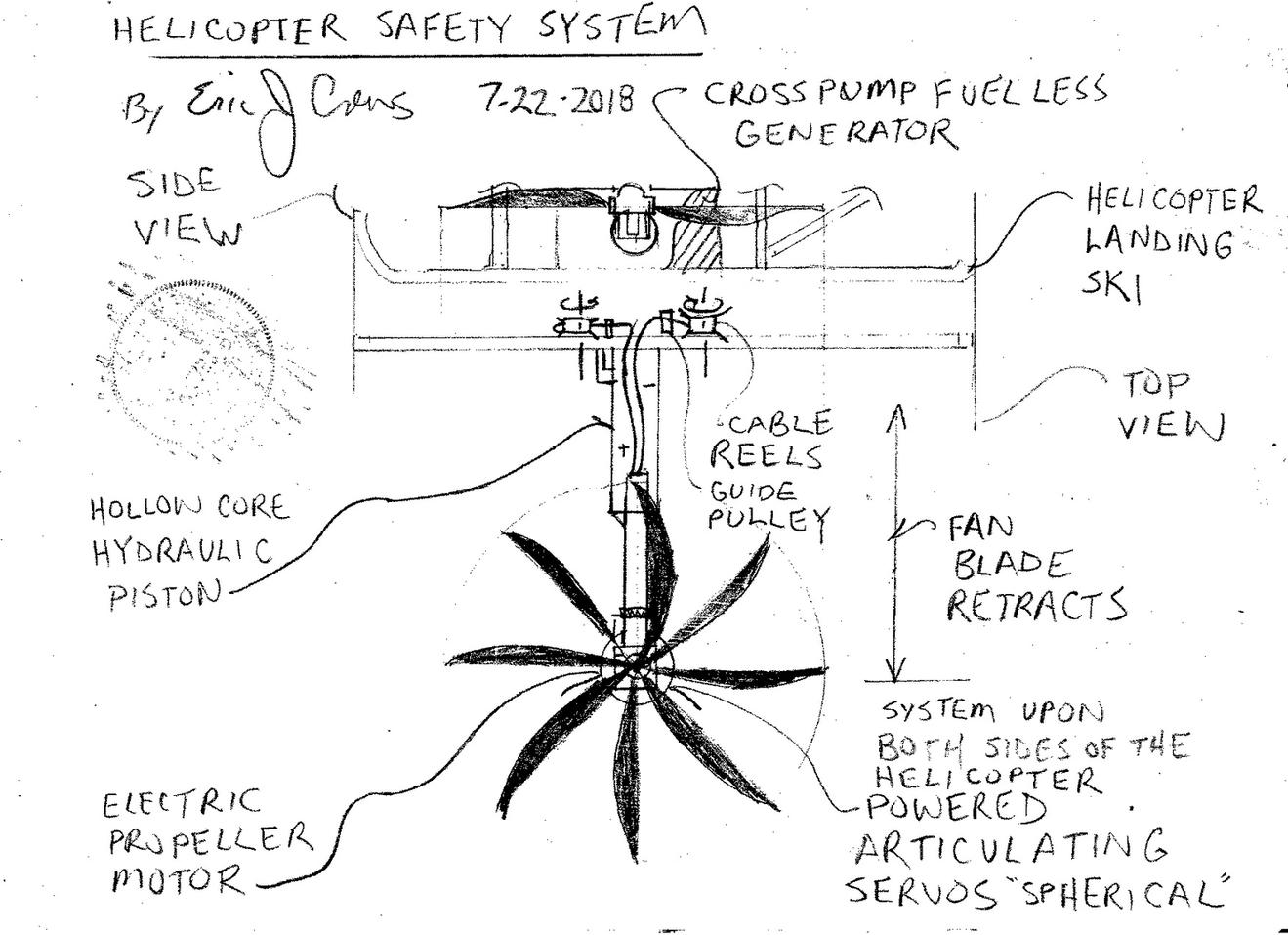 The following electric helicopter safety system is intended to be able to safely recover controlled flight should the primary flight system fail then acting as a redundant system with independent flight controls able to be actuated in the advent of an emergence or to supplement the power level needed for flight inclement weather.

The fan blades then upon both sides of the helicopter powered by a fuel less generator will be able to retract and extend with the assistance of the hollow core hydraulic piston system.

Generator, electric motors and servos systems then also encased in inductance cages to protect from lighting.