The system starts with compressed argon released upon impeller generating electricity and this moves the armature of an electric motor,..and two generators, one a transonic propeller that also generates and compresses the argon. The electric motor's field coil and commutator is also advanced by electro-magnetic clutch advancing the launch point of the armature. This "effect" removes the limit of rotation for given input current (with the exception of mechanical tolerance). The inertia is then transfer to hydraulic di electric such as corn oil causing high velocity pumping. The oil impales an impeller attached to generator and in tandem advances a field coil assembly for centrifugal compressor re-pressurizing the argon to repeat in flow cycle at higher pressure ( reference  "The Griffin" ). The generated current is re- introduced into the electric motor causing perpetuation of rotation with ample electromagnetic pressure to add additional horse power.  The " Griffin" acts as an amplifier of electricity with initial power derived from compressed inert gas. Perpetual motion is attained. 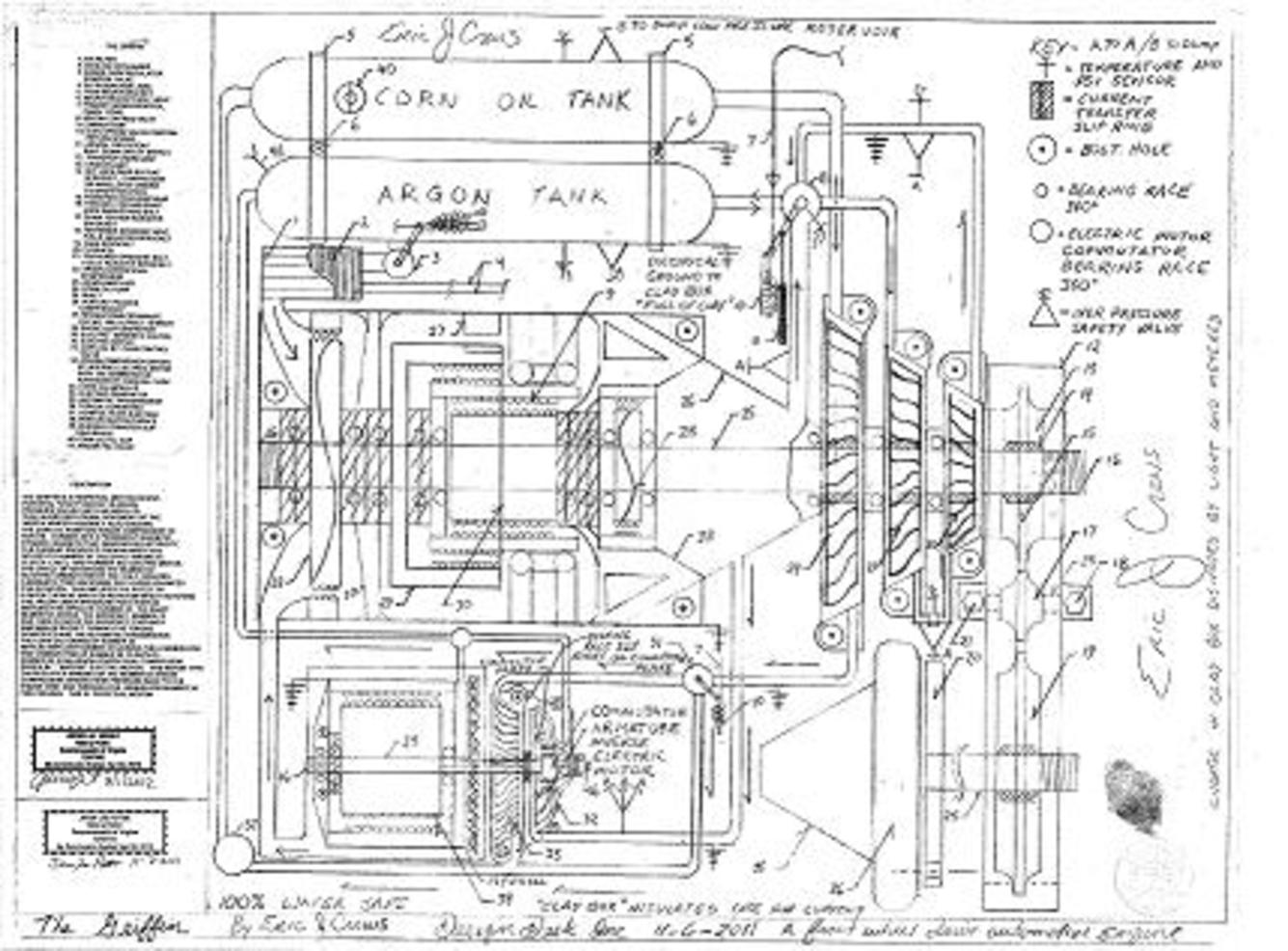