The "Egg Boat" is a self rectifying marine design system that may also act as a cargo transport ship for shipping containers that is in the shape of an egg then when in use in the inverted position with the tapered end ( small end )  then in the water. . The cost associated with international shipping by sea caused the retail cost of products to rise ...so removing the cost of fuel by using a fuel less electric power plant then reduces the cost of shipping overseas as the propulsion system is hydraulic / electric.( ie. hydraulic flow interfacing  rotational transference motivated by high speed electric pumping.

The  drainage system are the able to pump water out a sufficient rate the to drain any "floor" or chamber that may take water. The main pumping then under the stairs in the systems room.

The total foam water displacement volume then to prevent the total capacity load weight from being able to sink by taking on water.

The "level " room is then within a spherical positional mobile that also has a vertical shock dampening system to lessen sea sickness. The mobile is position referencing a gimbal to then maintain horizontal positioning and is positioned by the electronics activating  then electric motor servos upon the 3 ring mobile at horizontally opposed quadrant points, then mounted off set upon then next inner ring by 90 degrees, and repeating again.

The decks may be used for garden space  ( with our "Woozie" design  base swivel added with soil retainer ).

The vessel then resembling a egg with the tapered end then in the downward position with greater weight will self rectify if flipped over on the high seas.

For shallow docking bays an additional inner tube system may then be placed under the design to lift the vessel upward if be required.

The "retainer" for the flight ring dock is then wrapping the exterior as a continual retained  to also include the base of the egg boat. The "flight ring docking hooks are then about a polar array equal distant about a 360 degree circumference.

For large shipping of cargo container motorized wheel bases powered by  fuel less generators then in  the galley space. This would then be the shipping cargo container "bay" ie. to keep the weight positioned to still cause self rectification. 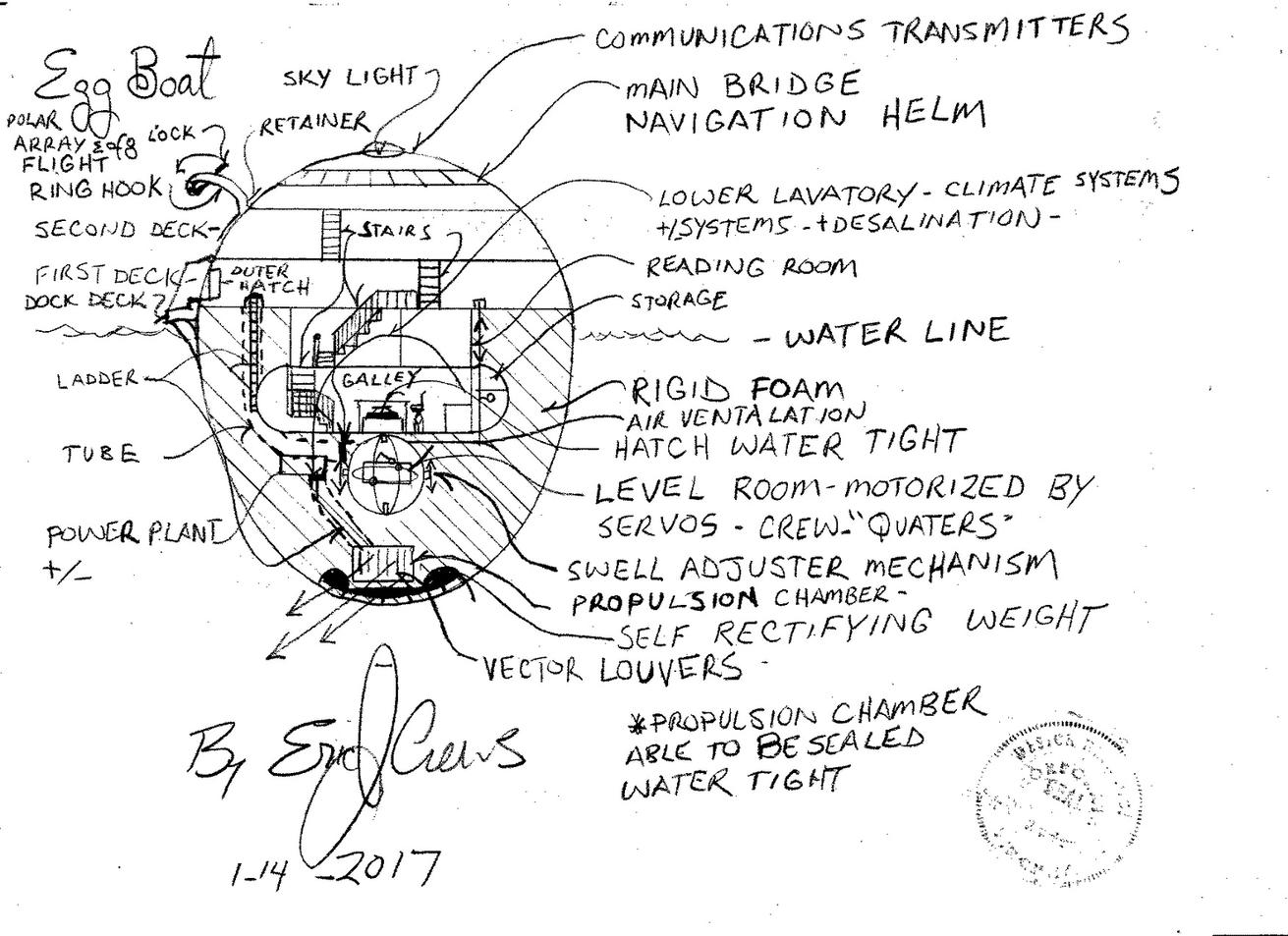