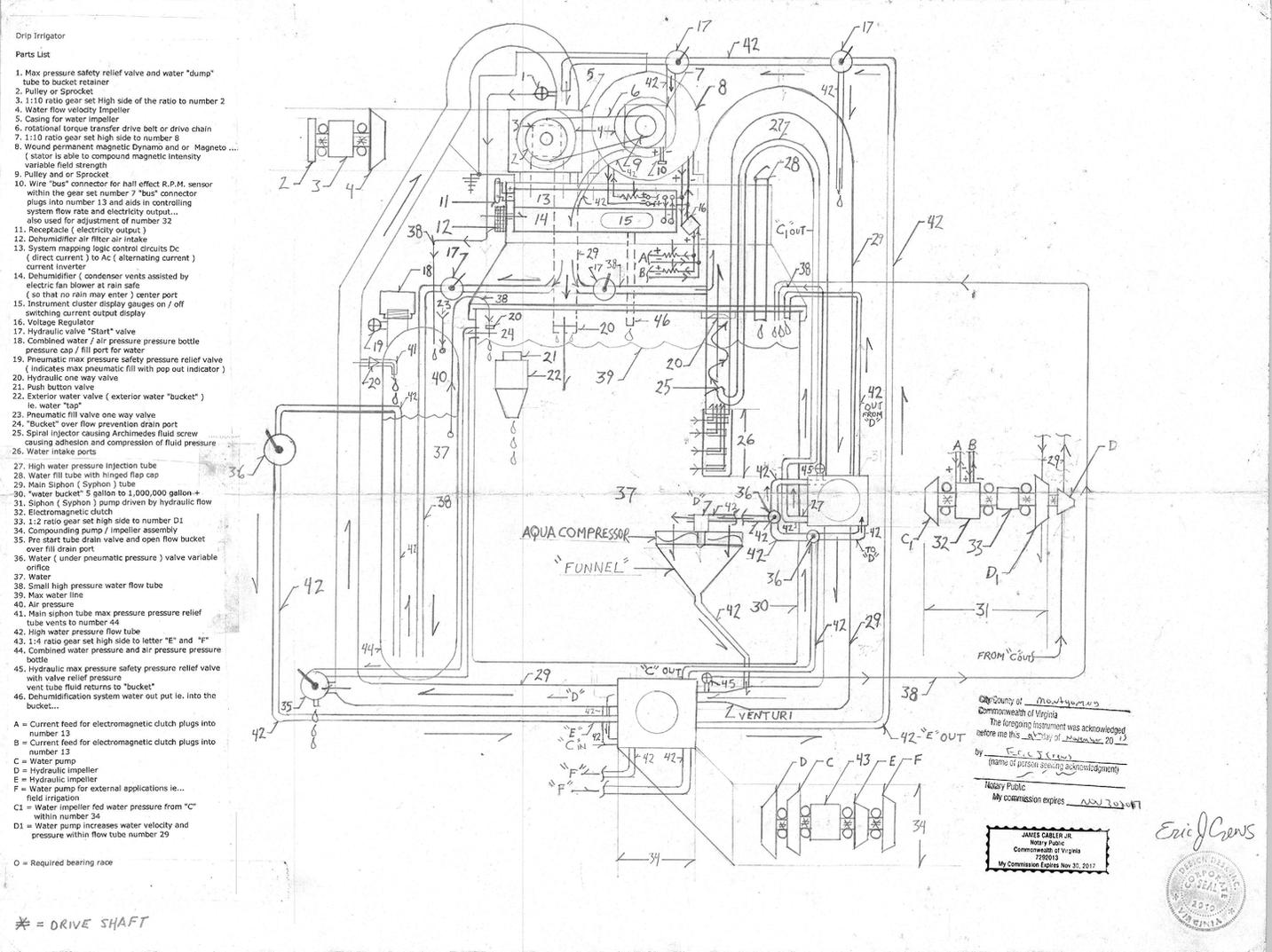 The "Drip Irrigator"  is a compounding pressure cycle that can extract water from the air to irrigate crops.... This is a safer method to produce water as the pressure cycles is fuel less  and operates 24 / 7 (all the time ) and avoids watering crops with contaminated water as so many do in the world currently.

The system is scalable and can be used to produce new river or tributary creek pathways....... also the system is able to be used for self sustained water pumping and compression of air for pneumatic tools....etc...
"D1" discharge flow impales "D"
"E" 's flow counteracts magnetic field resistance while generating as well as resistance from amplification of the ratio gear set  driving number 8. Causes a "tilt" then
flow into number 5 pressurizes a "tilt" then causing advancement. Addition to number 3 - install an electric motor fed electrical current from number 8 not to exceed 50% of number 8's output...funny thing there...,  and do be aware of centripetal warpage due to velocity of rotation as well as effect of magnetic pressure,ie.  field strengths as mechanical  loading effecting mechanical properties of the selection material.