The "Disk Lifter" a concept that is intended to cause hover of a sealed pressurized heavier than air object with sustained electrical production to continue operation. The design is a correct pendulum with contained pneumatic discharge at it's center and a weighted base. This causes better behavior control for the lifting mechanism. The directional tilt is caused by the rotary vent at the lower part of the cycle.

The concept is simple ...A vacuum outer hull and a pressurized core cycle that vector discharges at a given rate with the pressure in it's core replaced at greater rate than the lifting discharge. (Also referred to as tube form lifting system ie. also for wave guide lifter and toriod compressor designs.

Extracting the high velocity pneumatic discharge laterally (horizontally)  and coiling the return flow should off set the static cycle that most people will see when examining the design.

Number 1 is a transonic pneumatic propeller / pneumatic compressor as well as a generator. Number  3 is a Pneumatic impeller as well as an electric motor causing the intent of producing a compounding "run away" effect also producing electrical current to use in other parts of the system.

The electronics bay number 20 also contains the battery charging systems. The dual black triangles on the drive shaft between numbers 11 and 12 are an R.P.M. sensor that reports to the mapping control logic board so that speed and correct current intensities can be maintained.

This design can be implemented for hover cars and or small flying saucer designs...the design will also be applied to space craft probe systems for remote observation, information gathering and search and rescue operations.

Generated current is re-introduced into the system for sustained operation.

The design is depicted as a side view so from the top view.....  then polar array number 26 so that there are four vacuum compressors and intake assemblies   driven by the differential, electric motors and velocity pneumatic displacement with the two vacuum cycles not depicted then having the ratio gear with the high side to number 13.

Within this design the order of the components of the vacuum cycle can be inverted so that the pneumatic coil intake can come before (within the core discharge flow)  ,also horizontal, extraction tubes number 30 then from the vacuum pressure ball number 32 possibly elongated.

It may be required to add a hydraulic pressure resistance system to the pneumatic flow dampener number 10.

As an addition to this design a horizontal force vector system to pressurize the two pneumatic return coils can be added assembly "Z" from drafting (html...http://www.designdeskinc.com/Tri_-_Plex_Lifter.html .) "Z" is positioned so that it increases the pneumatic velocity and vector discharges to the top of the mechanism .This assist in re-pressurization of the pressure chamber that then feeds pressure to the center core. "Z" would then be placed with the intakes from 32 vectoring outward into the coils.

Additional pneumatic return coils mat be added to lessen the restriction of flow. They must exit perpendicular then re-enter the pressure dome atop the device. Also they ,pneumatic return coils, must have their intake port positioned at the base of the cycle ..air pressure would then be extracted from an elongated pressure ball retainer. 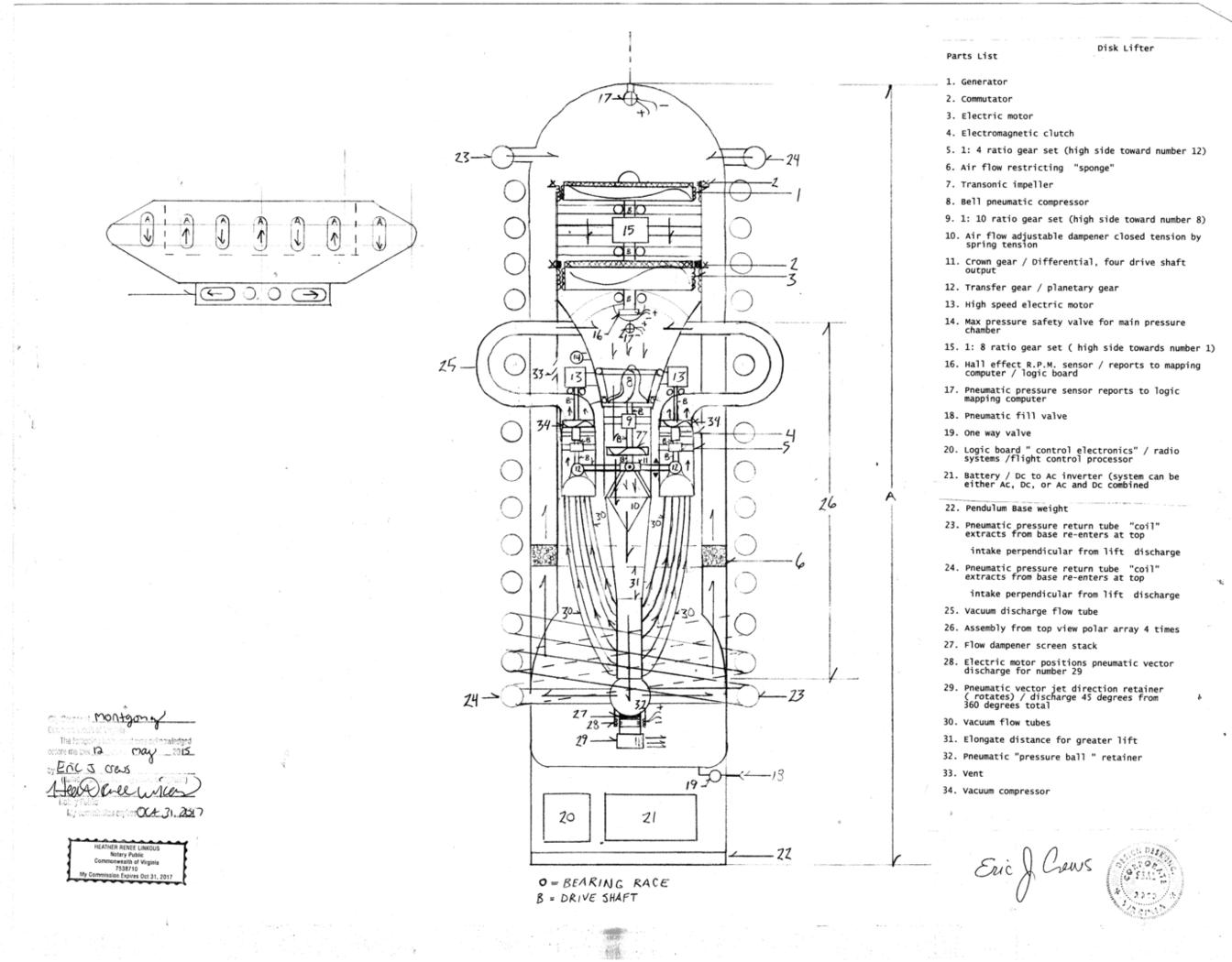