The cargo Craft is a two air plane air craft. The system is intended for long range flight safety to prevent airliner disaster with redundant flight system to compensate for mechanical failure. The "Micro Airliner" is an advancement in aeronautics demonstrating sealed force vectoring redundant engines system that are electric and operate on a fuel less generator system. The engines and generators are shielded from electromagnetic pulse with a cage that diffuses the pulse.

The 20 seat aircraft also then fuel less will allow for reasonable flight tickets... as well as an increased level of security with separate entrance for the pilots with a blast wall between the passenger seating and the cockpit. Since most long flights are over water the craft is able to hover land and float in the water due to the redundancy within the systems design. The top craft then being with additional features including forward flap system upon the forward small wings and flotation upon the vertical "out wing" then with redundant rudder flaps.The delta wing separator then also being with person cargo spaces with medical and emergency supply storage. The "separator / delta wing unit" may also be able to water land to deliver disaster relief supplied in the situation post natural disaster.

The air craft then also using a wind slip effect by vectoring air from the aft of the vehicle to the nose of the craft to reduce the thermal mechanical stress effect of high speed travel.

5. solid flotation surrounding the cargo bay ( within the delta separator)

capacity (ie. able to switch power source for each reroute ability upon the drive system and required

system or the Hover Motor system at http://www.designdeskinc.com/hover-motor.html ( both sides of the fuselage)

34. fixed tail wing at 65 degrees off of the lateral zero and from 180 degree horizontal plane both then to the 90

degree quadrant point of a hemisphere

44. passenger seating ( sum of two isles with minimum of two feet  between the fuselage and chairs

51. air lock access hatch from the pontoon fuselage to the delta separator

53.  blast wall divides the passenger compartment from the cockpit

number  10. This will allow the craft to rotate upon the  axis center line from the nose to

the tail of the craft.

Note - The total of static compression system upon the craft then are in opposite direction , two forward 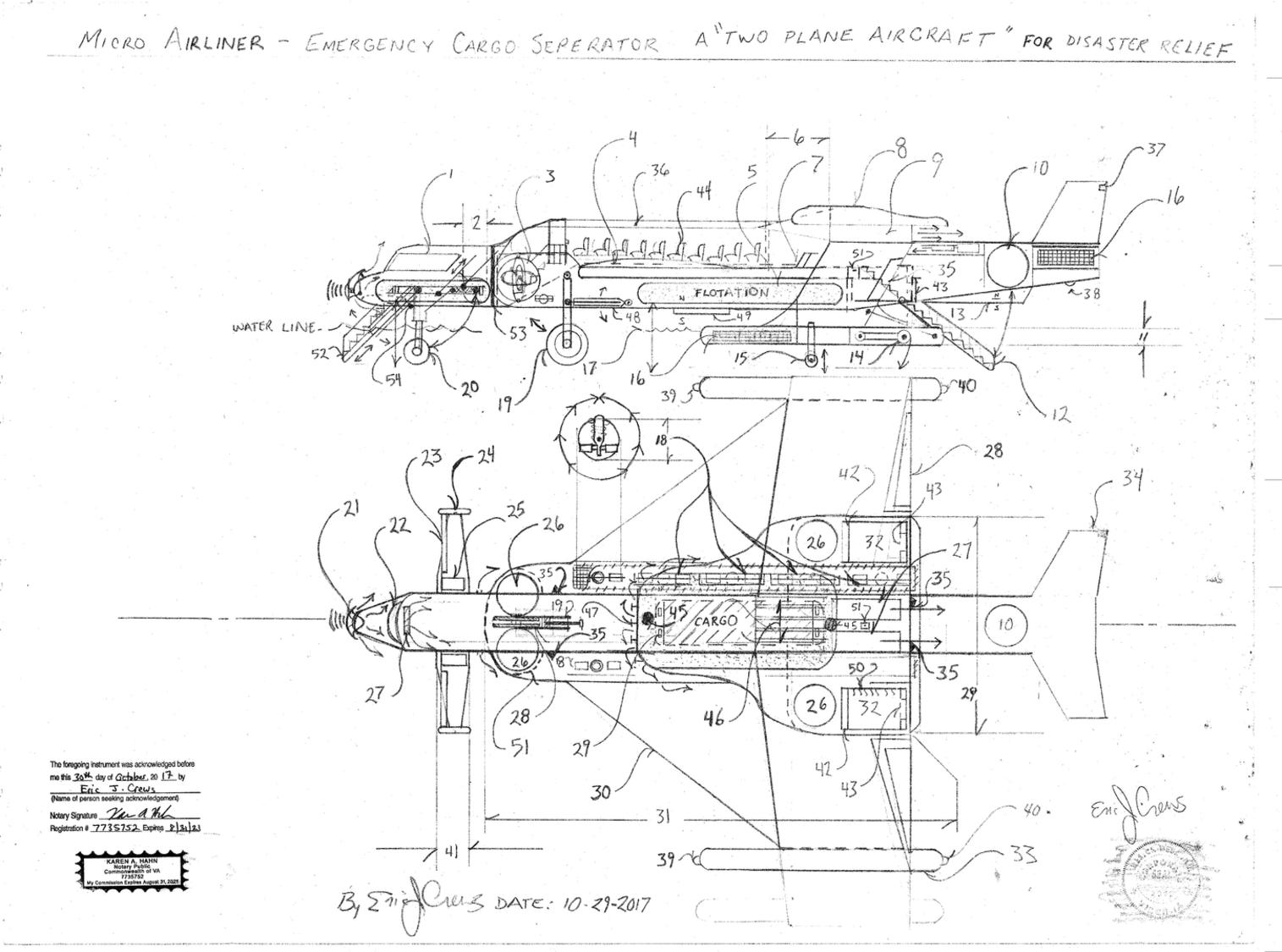