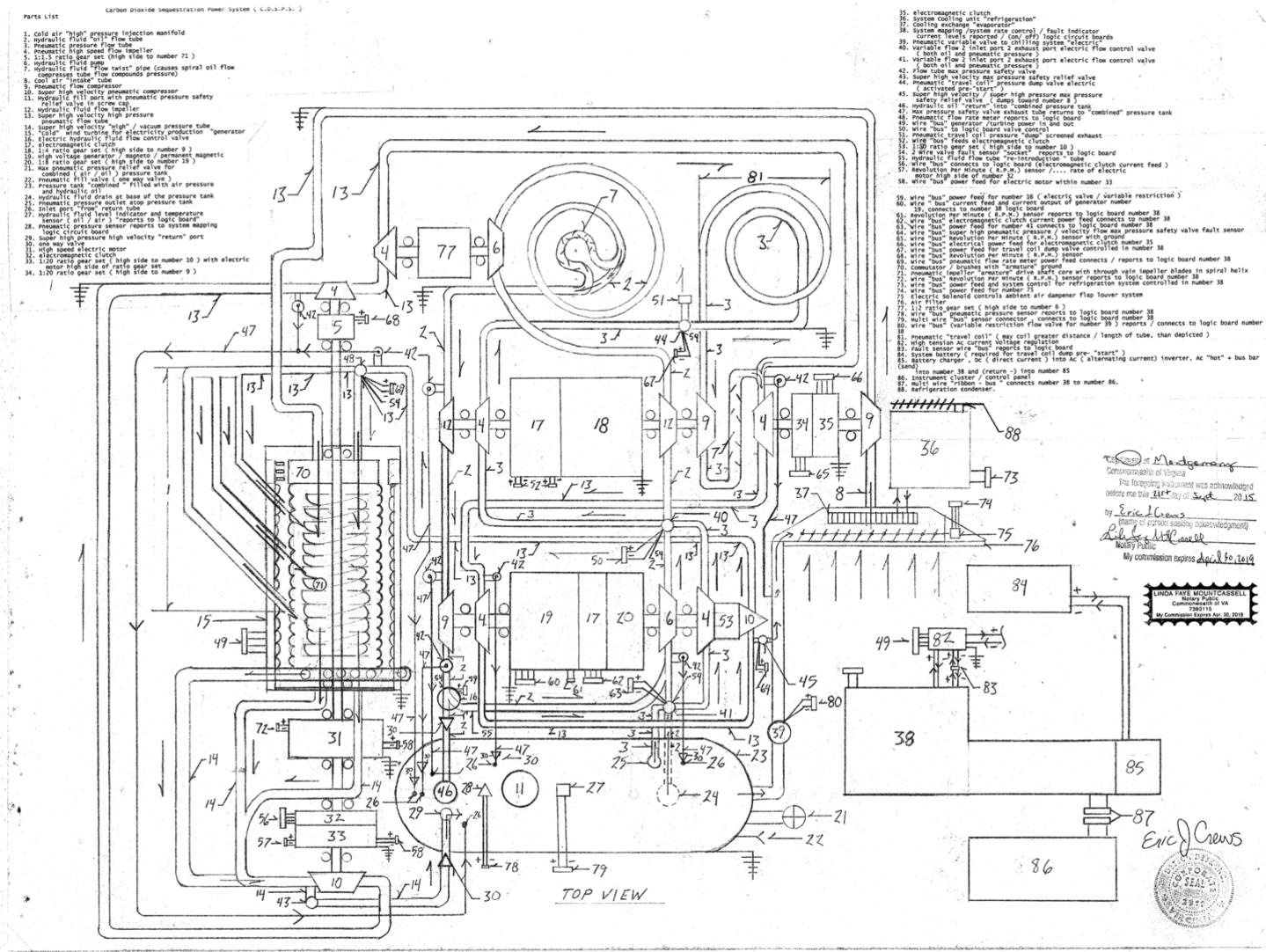 This design is the refrigerated power system to yield fuel less electricity and pneumatic pressure displacement ( wind ). The system is initiated by battery and a compounding dual pressure system that uses air pressure and hydraulic oil under air pressure. The excess electrical current will power the Amine system that can extract CO2 from the atmosphere and the emission of this system is then cold clean air , and electricity and may be suitable for Urban roof tops to then air condition the outdoors to counter act the "Heat Island" effect of cities.
The Pneumatic pressure will build in the system and reach a Maximum safe level ...Number 21 ( two stage safety valve) has a union port that vents to the Amine system from the safety vent at the lower pressure rating  and the higher safety pressure rating  relief valve then vents to open air....fault indicators will also be upon number 21 and report to the logic circuit board.

Once the CO2 has been captured by extracting it from the Amine...it can be piped to a different location ( optional ) as a gas then frozen and sequestered as Carbon Dioxide Ice (Dry Ice) within a facility that's temperature is maintained by the power system depicted or other fuel less generator.

The system production cost ...equipment / operational cost can then be off set by the sale of the excess electricity produced by the generator...also at a reduced rate due to the nature of the currents production......then becoming a system that will expand in number to reach the CO2 reduction goal within the specified time frame.