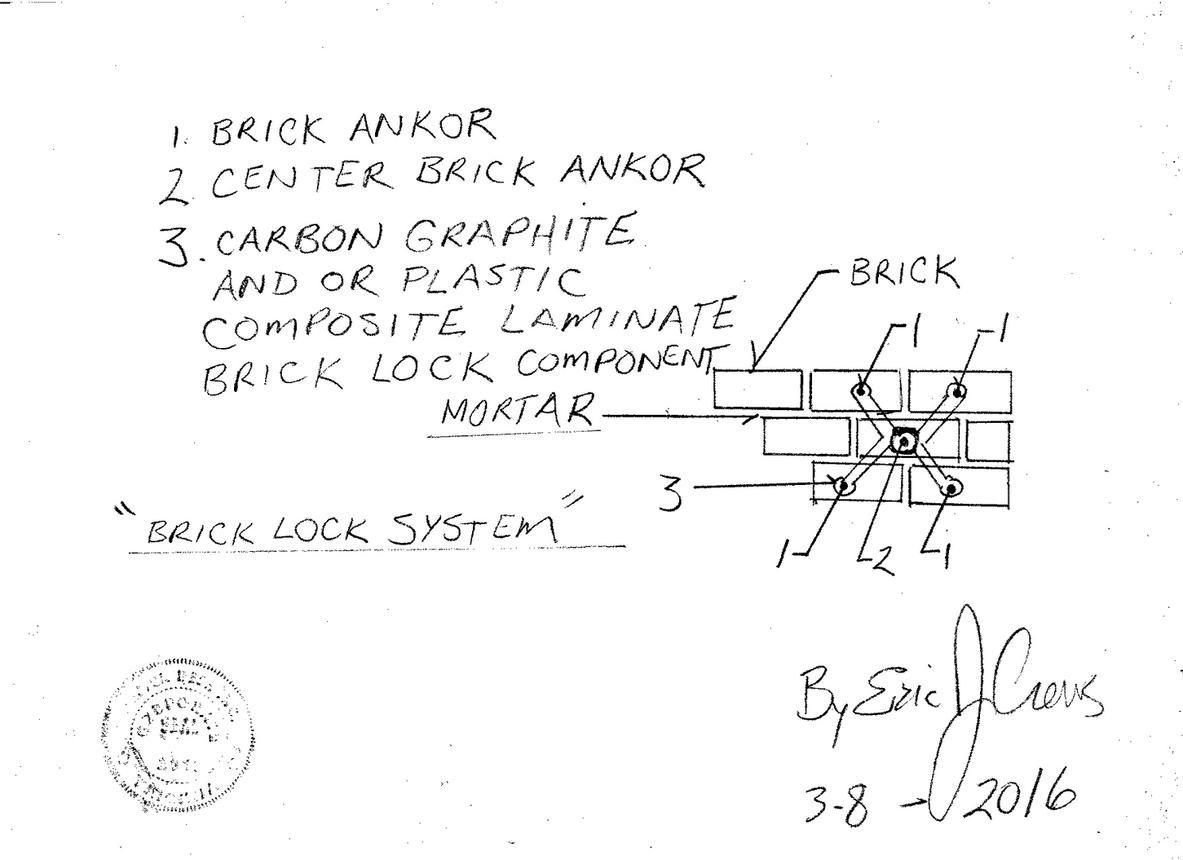 After examining the lateral stress factors in unreinforced masonry style building factoring earthquake and the hazards that can befall people due to damaged from earthquakes and  walls of bricks falling  and or structures falling in upon themselves ..the following product may slow the collapse of the brick walls in some applications and certain levels of sizemic events....

For the corners of the building an angled piece the same composite material also then locking by anchors into the corner bricks will then also lock to the brick lock system creating a building "cage" that will aid in prevention of wall collapse.

The system upon the top tier will then by stainless steel cable then also anchor to the roof
The system will also contain strait bar pieces of the same laminate composite materials then to lock together all number 3's by individual "bar" pieces to complete a full wall retainer system.
The weather coating upon the product will be UVA UVB light  resistant  / resistance and final coating will then be also thermally resistance ie... low elasticity due to temperature change.
The Ankor is a special type of anchor.....  :) that locks to the brick....

The design system may then be applied to the exterior of an existing brick building or in tandem with metal ties ( metal ties that lock mortar to sub wall ) then ,the brick lock system, may then be installed between the sub wall and the brick so not to effect the aesthetics of the exterior surface brick surface .

Also as an additional safety measure an adhesive backed wall "paper" of a structural weave of carbon graphite  ( multiple layers ) that will then receive a n epoxy that will cause a thermal reaction also to lock the weave cloth to then act as a brick retainer allowing for non obtrusive appearance ...where the appearance of the building then not to be as an "eye" soar.... locking ankors then can be hidden and lock to the brick itself. If a brick exterior facade is the desired the "brick lock system" can be installed to the stud wall then locking the brick from the "back side" ( also with metal motor anchors) this produces a 3/8" gap that will be filled with a  rigid foam with epoxy mixed with in the urethane foam.