The third electric jet engine is mounted between the tails diagonal elevators and acts as an emergency  engine.  The electric jet system is designed to self sustain rotation. The diagram below is the aft emergency system.

The turbo prop assembly is also attached to a pneumatic centrifugal compressor and accelerates the pneumatic flow unto an impeller attached to the field coil driving the generator assembly. A secondary generator on the field coil side of the assembly powers the aircraft electrical systems and a hydraulic pump accelerated hydraulic flow to operate the flaps. The back up system for the flaps is a pneumatic system and it is also accelerated by the generator assembly.  The system does contain three batteries and charging systems.

The aerodynamics will only be slightly effected by the hover system because the engines are contained within the fuselage of the aircraft. All engines will be vectoring downward with double component shielding to protect from compressor failure 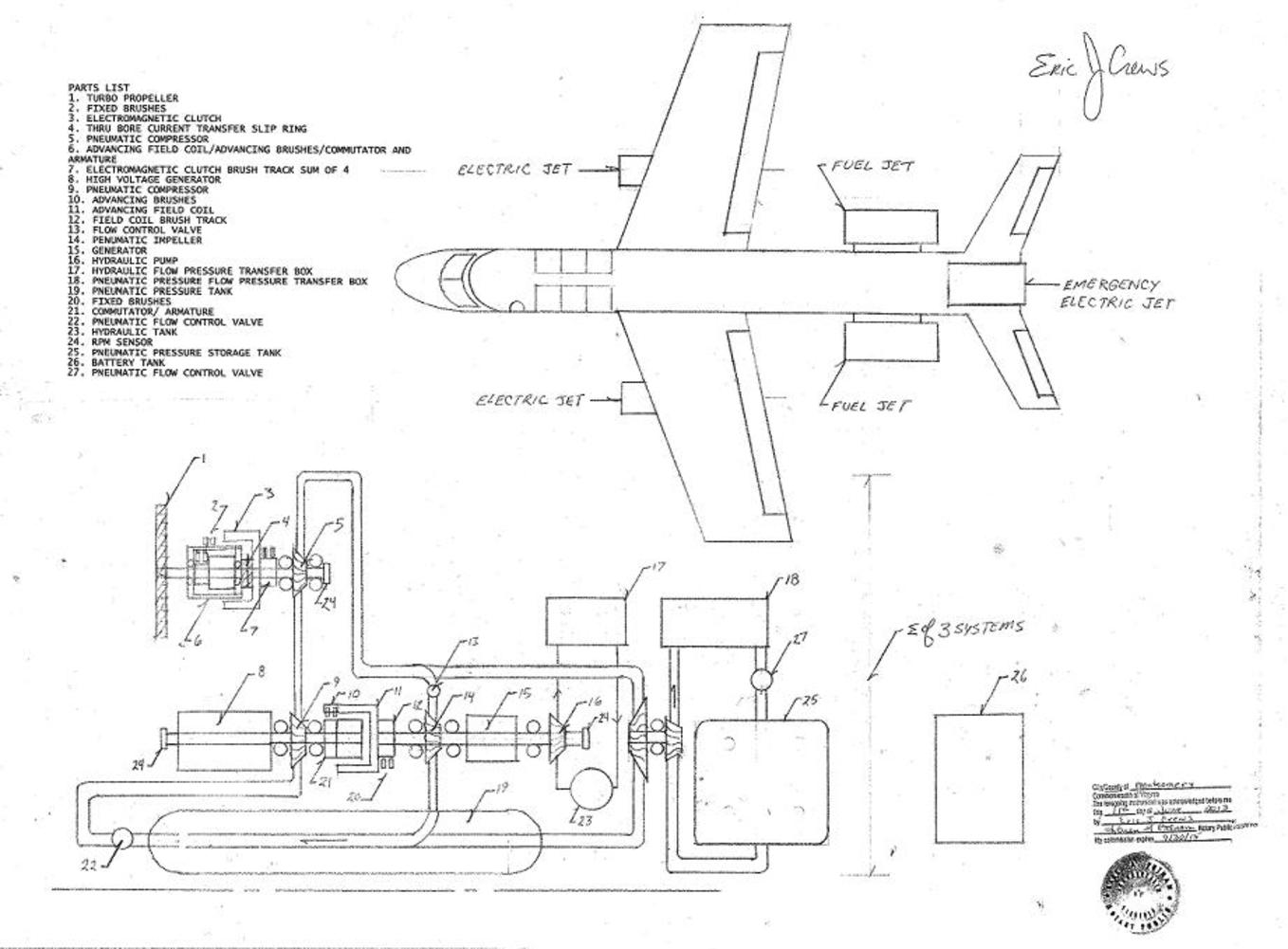